Senior Fellow and Director, Center on Peace & Liberty, The Independent Institute; author, Partitioning for Peace: An Exit Strategy for Iraq 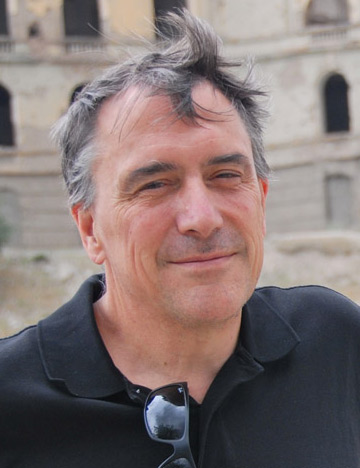 Senior Fellow, The Independent Institute; author, Winning the Un-War: A New Strategy for the War on Terrorism

Civil strife in Iraq continues and instability may only increase after the January elections. U.S. withdrawal has become an acceptable strategy in Washington, but will it be tenable if violence escalates and Iraq unravels again? In Afghanistan, fraudulent elections have left U.S. policy in crisis. The lack of a legitimate, honest, and capable government may prevent a viable counterinsurgency from being established. Public debate has focused on the number of troops but there are more important issues that will determine the success of the U.S. effort. Our panelists will discuss whether the U.S. can best serve its interests in both Iraq and Afghanistan by adjusting U.S. policy while withdrawing from both countries soon.

“In Partitioning for Peace, Ivan Eland writes a common sense challenge to the conventional wisdom that stability is best served by the continuation of every country currently on the map. In fact, holding countries together can be a force for instability, as Eland convincingly demonstrates in the case of Iraq. Where people overwhelmingly don't want to be part of a state, as in the case of the Iraqi Kurds, or disagree violently about the character of their state, as is true of the Iraqi Shiites and Sunnis, partition can be the more stable and peaceful outcome.”
—Peter W. Galbraith, former Deputy Special Representative of the Secretary-General of the United Nations to Afghanistan and Assistant Secretary-General of the U.N.; former Ambassador to Croatia; author, The End of Iraq: How American Incompetence Created a War Without End

“In Partitioning for Peace, Ivan Eland has identified the major pitfall facing Obama’s desire to leave Iraq. He and his foreign policy experts, as well as anyone interested in an exit strategy from Iraq should read this thoughtful analysis of the ethnic conflicts afflicting that oil rich but poor country.”
—Thomas Gale Moore, Senior Fellow, Hoover Institution, Stanford University

“Ivan Eland, the author of the timely book Partitioning for Peace, foresees the eventual failure of U.S. efforts to forge an effective central government in Iraq. His alternative of partition is a way to resolve serious communal divisions with deep historical roots—latent or still violent. Though implementing partition would create formidable additional complications for Iraq it nonetheless remains an option that unresolved conflicts may force upon the country irrespective of U.S. policy.”
—James H. Noyes, former Deputy Assistant Secretary of Defense for Near Eastern, African, and South African Affairs

“In Partitioning for Peace, Ivan Eland presents a thoughtful analysis of Iraq’s fragile history and brings up-to-date the political and social trends that support a practical, normative, and peaceful ‘exit strategy’ for the withdrawal of American troops. He presents an approach that may prove to be ‘the Obama administration’s best chance of salvaging the situation.’ Eland writes that, in spite of its fractious history, Iraq was starting to make real progress toward national identity throughout its population, but that this momentum toward integration went in reverse after the U.S. invaded the country in 2003. The Bush policy has proven to be a failure. . . . From examining the historical record of examining the historical record of ethno-sectarian partitions and secessions mainly during the twentieth and twenty-first centuries, Eland draws 15 important lessons.”
—World Future Review

“Eland contends that the only workable solution in Iraq is a partition ‘into a confederation of autonomous regions or into independent successor states’ in this slim polemic. The author asserts that Iraq is an artificial state that has been held together only by ‘iron-fisted rulers’ like Saddam; wracked by ‘ethno-sectarian, tribal, and clan fissures’ it faces ‘a massive civil war’ without a negotiated partition. After a historical survey of partitions—from Poland to Yugoslavia—Eland draws 15 lessons that can be applied to Iraq. . . . A ‘unified democratic government’ in Iraq might be ‘impossible’ and partition the only viable solution as the author claims.”
—Publishers Weekly