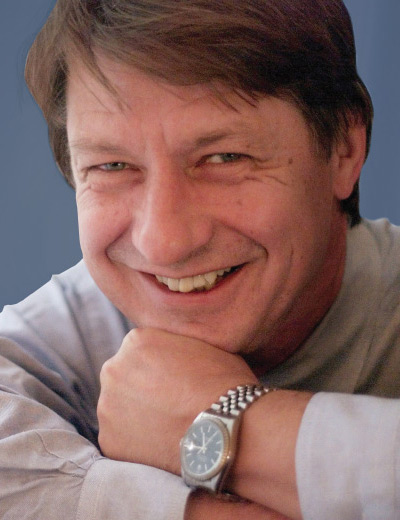 P. J. O’Rourke
P.J. O'Rourke is America’s leading political humorist and the best-selling author of 11 books. After graduating from Miami University and attending the graduate program at Johns Hopkins, O’Rourke began his career of skewering both the left and the right on the ends of his razor-sharp one-liners. Among the many publications for which O’Rourke has written are The National Lampoon for which he was editor-in-chief, Automobile, American Spectator, Playboy, Esquire, Vanity Fair, and Harper’s. He was also the Foreign Affairs Desk Chief for Rolling Stone, a position that allowed him to expose the hypocrisies of world politics from the Persian Gulf to the Philippines. Currently he is a regular correspondent for The Atlantic Monthly.

America’s most provocative humorist, P. J. O’Rourke, has read pioneering economist Adam Smith’s The Wealth of Nations, first published in 1776, “so we don’t have to”—and the results are as entertaining as they are enlightening. Few writers could use Paris Hilton to explain Adam Smith, but in the hands of P.J. O’Rourke, Hilton, the world's most overexposed celebutant, proves the timeless truth of Smith’s principles regarding the pursuit of self-interest, free markets, and the division of labor. The World Bank, defense spending, and PBS’s Bill Moyers also fall victim to P J.’s irreverent wit—through the illuminating lens crafted by Smith. In a hilarious and insightful examination of Adam Smith and his groundbreaking work, P. J. will put his trademark wit to good use, and show us why Smith is still so relevant, and why what seems obvious now was once considered revolutionary. Please join us for what is sure to be a memorable and entertaining evening—as P.J. O’Rourke speaks about his new book, On The Wealth of Nations.

On the Wealth of Nations

“P.J. O’Rourke has been called the funniest writer in America today, and we second that. But he is also a serious and fastidious thinker. Both talents are on display in this commentary on Adam Smith’s 1776 masterpiece The Wealth of Nations.”
—Christopher Buckley, ForbesLife

“The opus magnum of the Scottish philosopher who defined free-market economics, usurped by O'Rourke as a matrix for social commentary and humor... An entertaining alternative to the heavy lifting required in confronting Adam Smith firsthand.”
—Kirkus Reviews

“The book reads like a witty Cliffs Notes, with plenty of challenges for the armchair economist to wrap his head around.”
—Publishers Weekly

“In a highly accessible, often hilarious tone, O'Rourke parses Smith's notions of political and economic freedom. Readers well versed and not so well versed in economic theory will enjoy this delightful look at Smith's famous and famously dense work.”
—Booklist

Buy On the Wealth of Nations from Amazon.