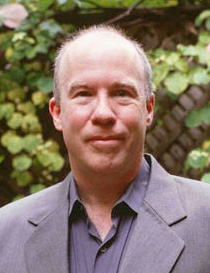 Mark Danner
Professor of Journalism at the University of California at Berkeley and Henry R. Luce Professor of Human Rights and Journalism at Bard College as well as the author of The Secret Way to War and Torture and The Truth, published by The New York Review of Books.

The elections in Iraq have not resolved the main problems there—a constitutional crisis, continued terrorism, a potent Sunni rebellion, and fighting between religious and ethnic groups that could result in a full-blown civil war. Is the Iraq war a hopeless quagmire that has been lost, or can the U.S. still foster a united, peaceful and prosperous Iraq? If the latter, how can this be achieved? Should the Iraqi constitution be revised and, if so, how? Should the U.S. withdraw its forces-with Iraq partitioned-or use the threat of withdrawal to pressure Iraqi groups into a negotiated settlement? Should the U.S. extract troops rapidly, pull them out gradually, stay the course with current Bush administration policy, or escalate its involvement? This very timely policy forum, featuring Mark Danner and Ivan Eland, will address these critical issues.

The Empire Has No Clothes

“I can honestly say I found The Empire Has No Clothes to be factually well grounded and extremely well thought out. The logic is sound as is the scholarship from my perspective. The Independent Institute should be commended for its role is supporting neutral research which is driven neither by the politics of the left or the right.”
—RINALDO S. BRUTOCO, President, The World Business Academy

“In The Empire Has No Clothes, Dr. Eland shows that the concept of empire is wholly contrary to the principles of liberals and conservatives alike and makes a mockery of the Founding Fathers’ vision for a free republic.”
—RON PAUL, U.S. Congressman

The Secret Way to War: The Downing Street Memo and the Iraq War's Buried History
At the beginning of May 2005, just before the British elections, the London Times published the so-called Downing Street memo, the leaked secret minutes of a July 2002 meeting of senior British foreign policy and security officials. The memo suggested that eight months before the invasion of Iraq, long before weapons inspections resumed, President Bush had already decided on war and to justify it by Iraq’s weapons of mass destruction and links to terrorists, that the “intelligence and facts were being fixed around the policy,” that the US wanted to avoid consulting the UN, and that few plans were being made for the aftermath of war.

Buy The Secret Way to War: The Downing Street Memo and the Iraq War's Buried History from Amazon.

Torture and Truth: America, Abu Ghraib, and the War on Terror
This stout and valuable instant book presents a documentary history of the Abu Ghraib prisoner-torture scandal. The paper trail includes policy statements concerning prisoner treatment signed by Attorney General Ashcroft and President Bush, reports on prisoner mistreatment generated within the United States armed forces themselves and material (including photographs) from outside agencies.

Buy Torture and Truth: America, Abu Ghraib, and the War on Terror from Amazon.