←  ABOUT US
About
›
Person Detail
Lewis H. Lapham 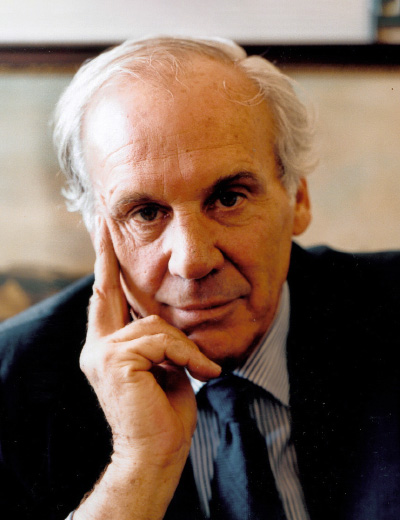 Lewis H. Lapham
A San Francisco native, Lewis H. Lapham was educated at the Hotchkiss School, Yale University, and Cambridge University, and he is the author of the new book, Theater of War. His grandfather, Roger Lapham, was mayor of San Francisco, and his great grandfather was a founder of Texaco. In 1971, Mr. Lapham became editor of Harper’s Magazine, having worked for the San Francisco Examiner and New York Herald Tribune. His book, Fortune’s Child, prompted the New York Times to liken him to H.L. Mencken, and Tom Wolfe to compare him to Montaigne. His other books include Money and Class in America, Imperial Masquerade, The Wish for Kings, Hotel America, and Waiting for the Barbarians. He received the 1995 National Magazine Award for his Harper’s column, “Notebook,” and his articles have appeared in Life, Commentary, Vanity Fair, National Review, Yale Literary Magazine, Elle, Fortune, Forbes, American Spectator, Channels, The New York Times, Maclean’s, London Observer, and The Wall Street Journal. Mr. Lapham is the host and author of the PBS series, “America’s Century,’ and he was host of the weekly PBS series, “Bookmark.”
Video and Audio
The U.S. War on Terrorism: Myths and Realities
Video Sep. 24, 2002
Events
Gag Rule: On the Suppression of Dissent and Stifling of Democracy
Sep. 24, 2004
The U.S. War on Terrorism: Myths and Realities
Sep. 24, 2002
Understanding America’s Terrorist Crisis: What Should Be Done?
Apr. 18, 2002