←  ABOUT US
About
›
Authors, In Memoriam
›
Person Detail
Peter T. Bauer 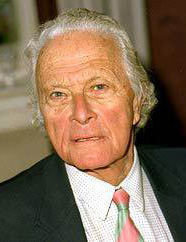 Peter T. Bauer (Lord Bauer) (1915–2002) was the world’s foremost scholar of international economic development. Distinguished Emeritus Professor at the London School of Economics and Political Science, he was elected a Fellow of the British Academy in 1975 and held senior academic positions at Cambridge University. Born to the son of a Budapest bookmaker in 1915, Lord Bauer came to Britain in 1934 to study economics at Gonville and Caius College in Cambridge, where he later became a fellow. He passed away on May 2, 2002 at his home in London.

The recipient of numerous awards including the first Milton Friedman Prize for Advancing Liberty, Lord Bauer taught at universities in the United States, Europe, Asia and Africa. His books include The Rubber Industry, West African Trade, The Economics of Under-Developed Countries (with B.S. Yamey), Economic Analysis and Policy in Under-developed Countries, United States Aid and Indian Economic Development, Indian Economic Policy and Development, Markets, Market Control and Marketing Boards (with B.S. Yamey), Dissent on Development, Equality, the Third World and Economic Delusion, Reality and Rhetoric: Studies in the Economics of Development, The Development Frontier: Essays in Applied Economics, and From Subsistence to Exchange.

Lord Bauer was the honoree at the Independent Institute’s first event, The Reception to Honor Peter T. Bauer, held on October 8, 1986, at the Archbishop’s Mansion in San Francisco. 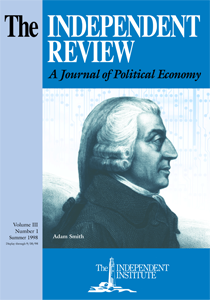