←  ABOUT US
About
›
Research Fellows
›
Person Detail
Wendy McElroy 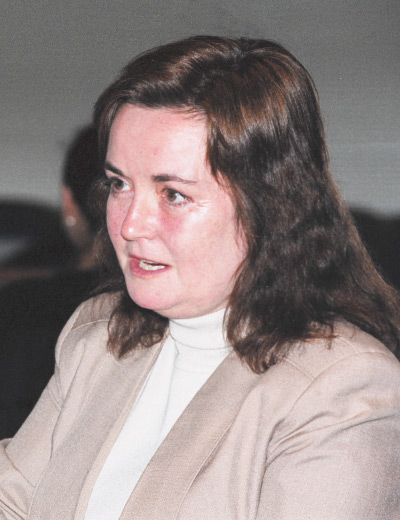 High Resolution
Search for anything by or about Wendy McElroy
Wendy McElroy
Wendy McElroy is a Research Fellow at the Independent Institute. Her books include the Independent Institute volumes, Liberty for Women: Freedom and Feminism in the Twenty-First Century, and Freedom, Feminism, and the State. Her other books include Sexual Correctness, The Reasonable Woman: A Guide to Intellectual Survival, Dissenting Electorate: Those Who Refuse to Vote and the Legitimacy of Their Opposition, Queen Silver, Individualist Feminism of the Nineteenth Century, Debates of Liberty: An Overview of Individualist Anarchism, 1881-1908, and Liberty 1881-1908: A Comprehensive Index.
Read Full Bio

A contributor to numerous books, Ms. McElroy was Series Editor for Knowledge Products’ audio-tape series, The World of Philosophy, The World’s Political Hot Spots, The United States at War, and The United States Constitution, and she authored the scripts for Vindication of the Rights of Woman, The Liberator, Civil Disobedience, and Discourse on Voluntary Servitude in the Audio Classics Series. Her scripts have been narrated by George C. Scott, Harry Reasoner and Walter Cronkite. She is a contributing editor to the magazines, The Freeman, Free Inquiry, and Liberty, and the author of numerous articles in The Independent Review, Journal of Libertarian Studies, Literature of Liberty, National Review, Reason, SpinTech, Freedom Daily, Maire Claire, Penthouse, and Toronto Globe and Mail.

Freedom, Feminism, and the State
Editor 1991
Articles
The New Title IX Regulation Helps Women
Commentary Jan. 7, 2019
A Sea Change for Sexual Conduct on Campus
Commentary Dec. 14, 2018
The Violence Against Women Act Is an Insult to Fairness
Commentary Dec. 8, 2018
Victimhood Culture and Traditional Justice Are on a Collision Course
Commentary Nov. 8, 2018
Violence Against Women Act Diminishes the Seriousness of Domestic Violence
Commentary Nov. 2, 2018
Is It Time to Punish False Accusers?
Commentary Oct. 22, 2018
Due Process Reflects Human Nature and It is Our Best Chance for Fairness
Commentary Oct. 3, 2018
Reforms to Campus Sexual Abuse Policy Rattle Congress
Commentary Sep. 20, 2018
All Articles (179) »
Articles and Book Reviews in The Independent Review 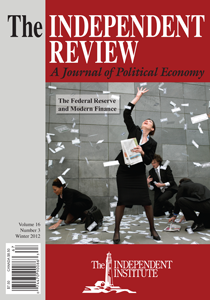 The Freedom to Cross a Border
Etceteras Winter 2011/12 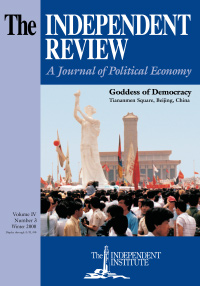 The Liberty Debate on Participation in Politics
Article Winter 1999/00 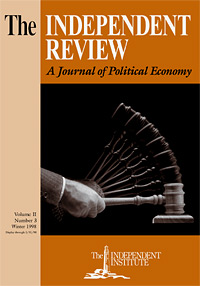