←  ABOUT US
About
›
Person Detail
Naomi R. Wolf 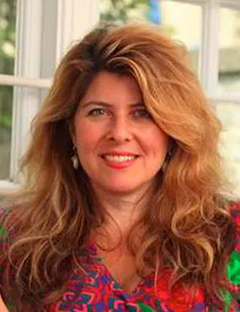 Naomi R. Wolf received a B.A. in English literature from Yale University and D.Phil. in English language and literature from the University of Oxford where she was a Rhodes Scholar at New College. Wolf was a research fellow at the Women’s, Gender and Sexuality Studies Department at Barnard College, and had a consultancy at the Athena Center for Leadership Studies, also at Barnard. She further held a research fellowship at the Rothermere American Institute at the University of Oxford for her research on John Addington Symonds.

For decades, Wolf has broken stories in advance of other news outlets. These range from the silicone breast implant scandal to the Department of Homeland Security coordinated crackdown of Occupy Wall Street (OWS) to menstrual dysregulation following mRNA Covid-19 vaccination. Often initially attacked, later reporting has confirmed her accuracy.

Wolf has taught Victorian studies as a visiting professor in the Humanities Institute at Stony Brook University, as well as advocacy literature at George Washington University. She has lectured on the themes in her latest book Outrages at the Ashmolean Museum, Balliol College, Mansfield College, and the undergraduates in the Faculty of English Language and Literature, all at the University of Oxford. Wolf was an advisor on women’s issues and messaging to both the Clinton reelection campaign and to the Gore 2000 presidential campaign; co-founded the Woodhull Institute for Ethical Leadership and the American Freedom Campaign; and she is co-founder and CEO of DailyClout.io, a news site and legislative database on which she and her team explain U.S. state and federal legislation weekly, interview national elected officials, and report on democracies worldwide. Wolf also holds an honorary doctorate from Sweet Briar College, and she was a Glamour Woman of the Year.

She is the author of eight books, including the New York Times bestsellers The Beauty Myth, Vagina: A New Biography, Give Me Liberty: A Handbook for American Revolutionaries, and The End of America: Letter of Warning to a Young Patriot. Her many articles have appeared in The Wall Street Journal, The Sunday Times (London), The Nation, The New Republic, New York Magazine, The Guardian, and The Huffington Post.

Articles
My Day at Yale
A Great University Turns Human Trafficker
Commentary Dec. 12, 2022
Vote Like a Woman
When You Vote, Remember Who Has Recently Most Hurt Women
Commentary Nov. 7, 2022
The Fall of Canada, the Danger in the U.S.
Commentary Feb. 21, 2022
Is It Time for Intellectuals to Talk about God?
It’s a New Dark Age. Evil abounds. Is a postmodern embarrassment about discussing spiritual matters, keeping us stupid and putting us in danger?
Commentary Feb. 3, 2022
Video and Audio
Tyranny & Misinformation in the COVID-19 Pandemic Crisis: Naomi Wolf Interviewed by Graham H. Walker
Video Feb. 24, 2022