←  ABOUT US
About
›
Senior Fellows
›
Person Detail
Judy L. Shelton 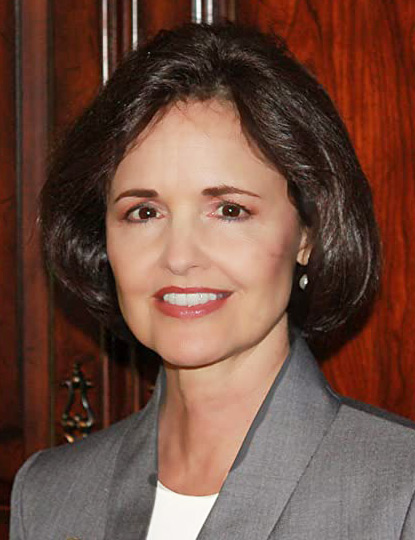 Areas of Expertise
Economics
Monetary Policy
Media Contact
(510) 635-3690
Search for anything by or about Judy L. Shelton
Judy L. Shelton

Judy L. Shelton is a Senior Fellow at the Independent Institute. Former Chairman of the National Endowment for Democracy and former U.S. Director of the European Bank for Reconstruction and Development, she has testified before the U.S. Senate Banking, Senate Foreign Relations, House Banking, House Foreign Affairs, and Joint Economic Committee.

Shelton has been consulted on international economic/financial issues by national security officials at the White House, U.S. Congress, and the Pentagon. She received a postdoctoral fellowship from the Hoover Institution at Stanford University as a National Fellow, and she was named as a Hoover Senior Research Fellow (1985–1995). She is the author of The Coming Soviet Crash: Gorbachev’s Desperate Pursuit of Credit in Western Financial Markets (1989) and Money Meltdown: Restoring Order to the Global Currency System (1994). Her popular articles have appeared in The Wall Street Journal, Financial Times, The Hill, and The Weekly Standard.

Shelton was an economic advisor for the National Commission on Economic Growth and Tax Reform chaired by Jack Kemp (1995–96). She was a founding member of the board of directors of Empower America and has also served on the board of directors for Hilton Hotels and Atlantic Coast Airlines. She also taught international finance as a visiting professor at the DUXX Graduate School of Business in Monterrey, Mexico (1995–2001).

Shelton has further served as Senior Fellow and Director of the Sound Money Project at the Atlas Network where she authored the monographs, A Guide to Sound Money (2010) and Fixing the Dollar Now (2011). She holds a Ph.D. in business administration, with an emphasis on finance and international economics, from the University of Utah.