←  ABOUT US
About
›
Board of Advisors
›
Person Detail
Victor Davis Hanson 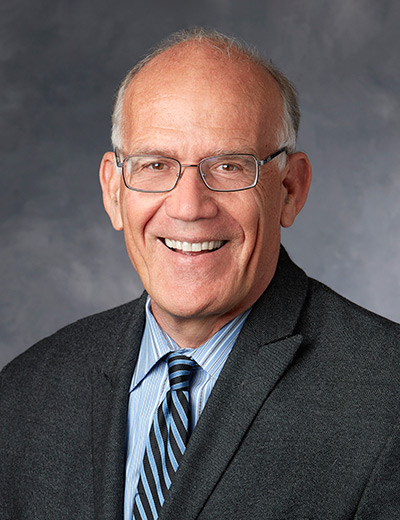 Victor Davis Hanson is the Martin and Illie Anderson Senior Fellow in the Hoover Institution at Stanford University, the Wayne and Marcia Buske Distinguished Fellow in History at Hillsdale College, and a Member of the Board of Advisors for both the Independent Institute as well as the quarterly journal, The Independent Review: A Journal of Political Economy. He received a B.A. in classics at the University of California, Santa Cruz (1975), was a fellow at the American School of Classical Studies, Athens (1977–78), and received his Ph.D. in classics from Stanford University (1980).

Hanson was a National Endowment for the Humanities fellow at the Center for Advanced Studies in the Behavioral Sciences, Stanford, California (1992–93), a visiting professor of classics at Stanford University (1991–92), the annual Wayne and Marcia Buske Distinguished Visiting Fellow in History at Hillsdale College (2004–), the Visiting Shifron Professor of Military History at the US Naval Academy (2002–3),and the William Simon Visiting Professor of Public Policy at Pepperdine University (2010).

In 1991 he was awarded an American Philological Association Excellence in Teaching Award. He received the Eric Breindel Award for Excellence in Opinion Journalism (2002), presented the Manhattan's Institute's Wriston Lecture (2004), and was awarded the National Humanities Medal (2007) and the Bradley Prize (2008).

Hanson is the author of hundreds of articles, book reviews, and newspaper editorials on Greek, agrarian, and military history and essays on contemporary culture. He has written or edited twenty-four books, the latest of which is The Case for Trump (Basic Books, 2019). His other books include The Second World Wars (Basic Books, 2017); The Savior Generals: How Five Great Commanders Saved Wars That Were Lost—from Ancient Greece to Iraq (Bloomsbury 2013); The End of Sparta (Bloomsbury, 2011); The Father of Us All: War and History, Ancient and Modern (Bloomsbury, 2010); Makers of Ancient Strategy: From the Persian Wars to the Fall of Rome (ed.) (Princeton, 2010); The Other Greeks (California, 1998); The Soul of Battle (Free Press, 1999); Carnage and Culture (Doubleday, 2001); Ripples of Battle (Doubleday, 2003); A War Like No Other (Random House, 2005); The Western Way of War (Alfred Knopf, 1989; 2nd paperback ed., University of California Press, 2000); The Wars of the Ancient Greeks (Cassell, 1999; paperback ed., 2001); and Mexifornia: A State of Becoming (Encounter, 2003), as well as two books on family farming, Fields without Dreams (Free Press, 1995) and The Land Was Everything (Free Press, 1998). Currently, he is a columnist for American Greatness and the Tribune Media Services.

Articles
Remembering Hate Speech
What we used to know as “hate speech” is now presidentially acceptable speech, and what has followed from it is no surprise.
Commentary Sep. 30, 2022
Martha’s Meltdown Model
The Martha’s Vineyard experience marks a unique opportunity for modern bicoastal progressivism.
Commentary Sep. 26, 2022
How Old Bad Ideas Become Wonderful
We in America are regressing—now returning to the distant neanderthal past, now embracing the worst of what the 19th and 20th century had to offer.
Commentary Sep. 9, 2022
FBI, R.I.P.?
The agency has become dangerous to Americans and an existential threat to their democracy and rule of law.
Commentary Aug. 15, 2022
Why We Lost Trust in the Expert Class
Commentary Aug. 8, 2022
Biden and the Destruction of Wisdom
The Biden regime is decoupled from both the past and reality, and quite capable of destroying Americans’ lives as they have known them.
Commentary July 18, 2022
Gavin Newsom’s Weird Idea of ‘Freedom’
Newsom resembles a pathetic owner of a once successful but now run-down, high-priced gas station without clients.
Commentary July 15, 2022
Our New Antoinettes
These humanitarian rich feel just terrible about the sins of America, but not terrible enough to sacrifice any element of their privileged lifestyles—the just deserts they feel for being so righteous.
Commentary July 11, 2022
All Articles (110) »
Video and Audio
Victor Davis Hanson | The Dying Citizen: Are Progressive Elites, Tribalism & Globalism Threats to America?
Video Dec. 8, 2021
Victor Davis Hanson | Restoring the Idea of Liberty in America
Video Sep. 8, 2021
Events
Victor Davis Hanson on The Dying Citizen: How Progressive Elites, Tribalism, and Globalization Are Destroying the Idea of America
Dec. 8, 2021