←  ABOUT US
About
›
Board of Advisors, In Memoriam
›
Person Detail
Gore Vidal 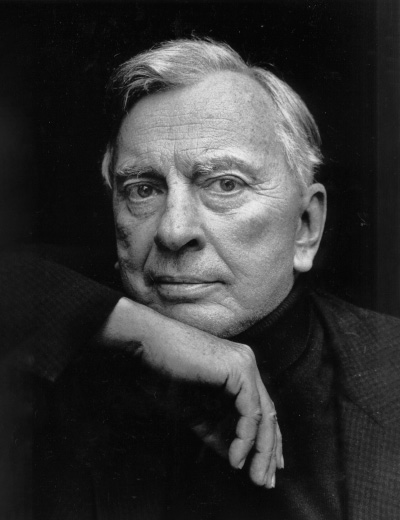 Gore Vidal (1925–2012), a member of the Board of Advisors of the Independent Institute, was a world-renowned author, playwright, and man-of-letters. Born at the U.S. Military Academy in West Point, New York, raised in the Washington D.C. home of his grandfather, Oklahoma Senator Thomas Gore, he was a cousin of Al Gore and brother-in-law to John F. Kennedy.

A masterful and prolific author with a unique “inside” perspective on American politics and history, he penned twenty-two novels, five plays, screenplays (e.g., Ben Hur, Visit to a Small Planet, Suddenly Last Summer), television scripts ("A Sense of Justice," "The Death of Billy the Kid"), more than two hundred essays, and a memoir. His first novel, Williwaw, is based on his experiences in World War II. Other novels include The City and the Pillar, Myra Breckenridge, Julian, Creation, Live from Golgotha, and the “American Chronicles” series (Burr, 1876, Lincoln, Empire, Hollywood, The Smithsonian, The Golden Age, and Washington D.C.). Vidal’s essays have been collected in eight volumes, including Reflections on a Sinking Ship, The Second American Revolution, Screening History, The Last Empire, and United States, for which he received the National Book Award. He also wrote mysteries under the name, Edgar Box.

For a quarter-century, he served as the literary and political critic at the New York Review of Books, and he appeared as himself in the film, Fellini’s Roma, and co-starred with Tim Robbins in Bob Roberts. He served on the President’s Advisory Committee on the Arts, and twice ran for national public office. His books, Perpetual War for Perpetual Peace: How We Got to Be So Hated and Dreaming of War: Blood for Oil and the Bush-Cheney Junta are collections of essays investigating the roots and causes of the terrorist crises in the world today.