←  ABOUT US
About
›
Research Fellows
›
Person Detail
Lee E. Ohanian 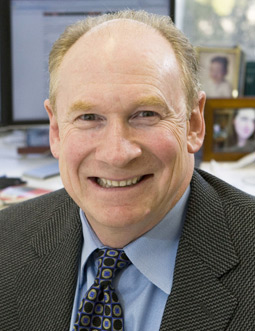 Lee E. Ohanian is a Research Fellow at the Independent Institute, Senior Fellow at the Hoover Institution at Stanford University, and Professor of Economics and Director of the Ettinger Family Program in Macroeconomic Research at UCLA, where he has taught since 1999. He is also Associate Director of the Center for the Advanced Study in Economic Efficiency at Arizona State University, and Research Associate at the National Bureau of Economic Research.

Professor Ohanian is an adviser to the Federal Reserve Bank of Minneapolis, and previously has advised other Federal Reserve Banks, Foreign Central Banks, and the National Science Foundation. He has been an economic adviser to state and national political campaigns and has testified to the U.S. Senate and the California State Legislative Assembly. His research, which recently has been discussed in the New York Times, Wall Street Journal, Washington Post, and other media sources, focuses on economic crises, and as been published widely in a number of peer-reviewed journals. He is a frequent columnist for the Wall Street Journal, San Francisco Chronicle, and other media.