←  ABOUT US
About
›
Person Detail
Jacob T. Levy
Jacob T. Levy
Jacob T. Levy is the Tomlinson Professor of Political Theory in the Department of Political Science at McGill University in Montreal, Canada. He received his Ph.D. in politics from Princeton University. His books include Rationalism, Pluralism, and Freedom; The Multiculturalism of Fear; The Oxford Handbook of Classics in Contemporary Political Theory; The Interpretation of Modernity: Essays on the Work of Charles Taylor; Nomos LV: Federalism and Subsidiarity; and Colonialism and Its Legacies.
Article in The Independent Review 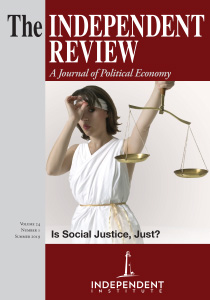