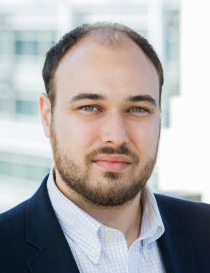 Ben Wilterdink is a Research Fellow at the Independent Institute and Director of Programs at the Archbridge Institute. He has served as Director of Commerce, Insurance and Economic Development at the American Legislative Exchange Council (ALEC); Research Manager for Tax and Fiscal Policy in the Center for State Fiscal Reform at ALEC; and Economic Policy Advisor for the electoral campaign of Andrew Griffin for U.S. Congressman. He received his B.S. in government from Liberty University.

His articles have appeared in Forbes, The Hill, Washington Examiner, The Daily Caller, RealClearPolicy, The Wichita Eagle, PublicSectorInc, Quillette, Kansas City Star, Medium, Hackernoon, and elsewhere; he has appeared on Sirius XM Radio and many other radio programs to discuss tax, labor, and regulatory policies; and he has testified before the state legislatures of Connecticut, Maryland, and West Virginia.