←  ABOUT US
About
›
Person Detail
Joshua D. Ammons

Joshua Ammons is a Learning and Development Manager on the Human Resources Team at the Institute for Humane Studies (IHS). He joined IHS in September 2014 as an Online Education Intern. Later he worked as a Measurement and Data Quality Assistant with the Koch Associate Program. Then he joined the Program Operations team as a Specialist.

Joshua is also an alumnus of several Learn Liberty Academy programs. In 2013, he attended the IHS Summer Seminar “Morality, Capitalism, and Freedom.” He participated in the Advanced Topics in Liberty colloquium, “Economics from Smith to Friedman” in 2014. In the summer of 2017, he began his master’s in economics at George Mason University researching the political economy of nonviolent action. 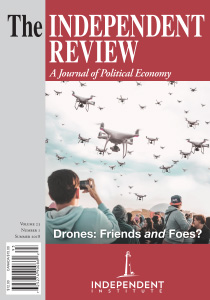