←  ABOUT US
About
›
Authors
›
Person Detail
Jerry W. Mitchell 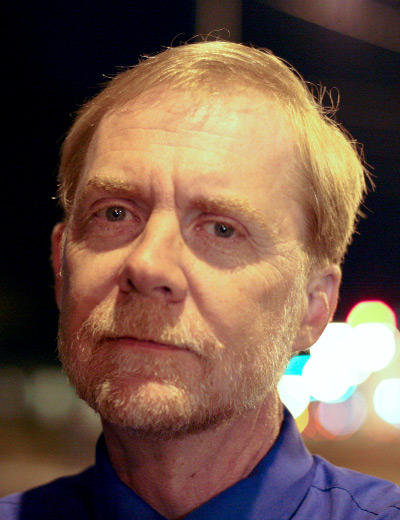 Jerry W. Mitchell is the Investigative Reporter for The Clarion-Ledger in Jackson, MS, who convinced authorities to reopen seemingly cold murder cases from the Civil Rights Era. Mitchell's work so far has helped put at least four Klansmen behind bars: Byron De La Beckwith for the 1963 assassination of NAACP leader Medgar Evers, Imperial Wizard Sam Bowers for ordering the fatal firebombing of NAACP leader Vernon Dahmer in 1966, Bobby Cherry for the 1963 bombing of a Birmingham church that killed four girls and Edgar Ray Killen, for helping orchestrate the June 21, 1964, killings of Michael Schwerner, James Chaney and Andrew Goodman.

Mitchell received his undergraduate degree in communications from Harding University and his master's in journalism from Ohio State University in 1997, where he attended the Kiplinger Reporting Program.

His work has inspired others. Since 1989, authorities in Mississippi and six other states have reexamined 29 killings from the civil rights era and made 27 arrests, leading to 22 convictions. Since 2002, he has collaborated with award-winning schoolteacher Barry Bradford, from Adlai E. Stevenson High School in Lincolnshire, IL, on several of his projects and has often written about the work of Bradford and his students, who helped Mitchell in the Mississippi Burning Case and, more recently, in clearing the name of Clyde Kennard.

One of Mitchell's most historic discoveries was the long secret identity of Mr. X, the secret informant who helped the FBI discover the location of the bodies of Chaney, Schwerner and Goodman. Mitchell had narrowed the list of possible candidates through exhaustive investigation. When Barry Bradford provided key information gleaned from his interview with retired FBI agent Don Casare, Mitchell was able to conclude that Highway Patrolman Maynard King was "Mr. X."

Mitchell has been profiled by Nightline, USA Today, New York Times, American Journalism Review and other publications. He has regularly appeared as an expert on CNN, PBS's News Hour and other programs. In 1996, he was portrayed by Jerry Levine in the Rob Reiner film, Ghosts of Mississippi, about the murder of Medgar Evers and the belated effort to bring killer Byron De La Beckwith to justice. He was featured in The Learning Channel documentary Civil Rights Martyrs that aired in February 2000 and was a consultant for the Discovery Channel documentary Killed by the Klan which aired in 1999.

For his investigative work, Mitchell has won more than 20 national awards, including a MacArthur Foundation genius grant and the Sigma Delta Chi Award for Public Service. Mitchell has also received the Heywood Broun Award, Sidney Hillman Award, American Legion's Fourth Estate Award, National Association of Black Journalists' Award for Enterprise Reporting, Abraham Lincoln Marovitz Award and Inland Press Association Award. The Southeastern chapter of the American Board of Trial Advocates decided in April 2006 to give Mitchell its first-ever award for Journalist of the Year.

In 2006, Mitchell was named a Pulitzer Prize finalist as well as winner of the George Polk Award for Justice Reporting, Vernon Jarrett Award for Investigative Reporting, Tom Renner Award for Crime Reporting from Investigative Reporters and Editors, Outstanding Achievement by an Individual Award (for the second time), and Toni House Journalism Award from the American Judicature Society. He was awarded an honorary doctorate degree from Colby College when he received the Elijah Parish Lovejoy Journalism Award, given by Colby College to a journalist who displayed the fearlessness Lovejoy did in decrying slavery in editorials in Missouri and Illinois, only to become the nation's first martyr to freedom of the press in 1837.

Mitchell wrote a 10-chapter narrative, Genetic Disaster, describing his family's often losing battle against a rare genetic ailment and his journey to find out if he had the deadly disease. He received the Associated Press' Outstanding Writing Award for his 13-chapter narrative, The Preacher and the Klansman, which also received a Columbia Journalism School Citation for Coverage of Race & Ethnicity. Thousands have been touched by this story of how a preacher turned civil rights activist became friends with a former Ku Klux Klan terrorist, a true story of reconciliation. One reader wrote: "What a wonderful series, not only because of the heroic reporting and beautiful writing, but because it is at its core, the embodiment of hope."