←  ABOUT US
About
›
Board of Advisors, In Memoriam
›
Person Detail
Michael Novak 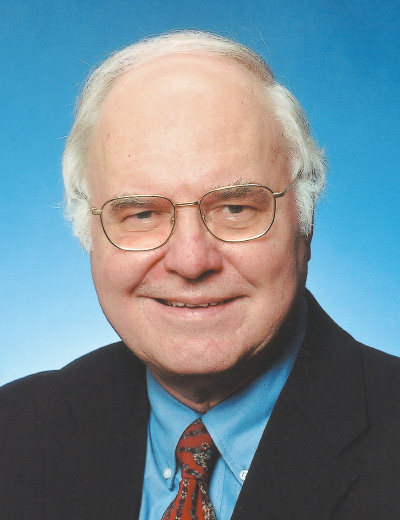 Until his death on February 17, 2017, Michael John Novak, Jr., was a founding Member of the Board of Advisors for the Independent Institute and Distinguished Visiting Fellow in the Arthur and Carlyse Ciocca Center for Principled Entrepreneurship in the Tim and Steph Busch School of Business and Economics at Catholic University of America. He formerly held the George Frederick Jewett Chair in Religion and Public Policy at the American Enterprise Institute, served as Ambassador to the U.N. Commission on Human Rights, and taught at Harvard, Stanford, SUNY Old Westbury, Syracuse, Notre Dame, and Ave Maria universities.

Ambassador Novak was granted twenty-seven honorary degrees (including four in Latin America and three in Europe), the Friend of Freedom Award from the Coalition for a Democratic Majority, the George Washington Honor Medal from the Freedom Foundation, and the Ellis Island Medal of Honor, among numerous other honors. His selection as recipient of the 1994 Templeton Prize for Progress in Religion capped a career of leadership in theological and philosophical discourse. In addition, the Presidents of three nations—the Czech Republic, Poland, and Slovakia—gave him the highest award they can bestow on a foreign citizen, each citing Novak’s work as Human Rights Ambassador and his eleven years of service on the boards of Radio Free Europe and Radio Liberty.

His insights into the spiritual foundations of economic and political systems and his articulation of the moral ideals of democratic capitalism have secured his place as an original thinker of the late twentieth and early twenty-first centuries. On issues as diverse as capitalism versus socialism, human rights, faith, labor union history, sports, ethnicity, peace, liberty and justice, the American presidency, families, welfare reform, television, and the role of the churches in a pluralistic world, Novak provided critical and literate debate in his books, syndicated columns, and innumerable lectures, articles, and commentaries.

His books include The Spirit of Democratic Capitalism; The Open Church; The Tiber Was Silver; Naked I Leave; Social Justice Isn't What You Think It Is; Writing from Left to Right: My Journey From Liberal to Conservative; The Myth of Romantic Love and Other Essays (with Elizabeth Shaw); Living the Call: An Introduction to the Lay Vocation (with William E. Simon); All Nature is a Sacramental Fire: Moments of Beauty, Sorrow, and Joy; No One Sees God: The Dark Night of Atheists and Believers; Washington's God: Religion, Liberty, and the Father of Our Country (with Jana Novak); Universal Hunger for Liberty: Why the Clash of Civilizations is Not Inevitable; On Two Wings: Humble Faith and Common Sense at the American Founding; Business as a Calling; The Catholic Ethic and the Spirit of Capitalism; Free Persons and the Common Good; Tell Me Why; The Open Church; Joy of Sports; Catholic Social Thought and Liberal Institutions; This Hemisphere of Liberty; Will it Liberate; Toward the Future; Moral Clarity in a Nuclear Age; Ascent of the Mountain, Flight of the Dove; Character and Crime; On Cultivating Liberty; The Fire of Invention; The Guns of Lattimer; Choosing Presidents; A Free Society Reader; Three in One; The New Consensus on Family and Welfare: A Community of Self-Reliance; Rise of the Unmeltable Ethnics; The Experience of Nothingness; and Belief and Unbelief, a Philosophy of Self-Knowledge. His books have been translated into every major Western language, as well as Bengali, Korean, Chinese, and Japanese.