A. Ernest Fitzgerald: The Independent Institute

←  ABOUT US
About
›
Board of Advisors, In Memoriam
›
Person Detail
A. Ernest Fitzgerald 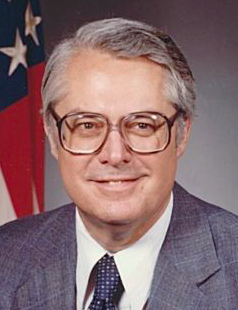 A. Ernest Fitzgerald (1926–2019) was an American engineer, a member of the Senior Executive Service in the United States Air Force, and a prominent U.S. government whistleblower. Following service in the U.S. Navy, Fitzgerald earned a bachelor of science degree in industrial engineering from the University of Alabama.

After working for a number of years as an engineer and in management, Fitzgerald was employed by the U.S. Air Force as Deputy for Management Systems in 1965. While employed at the Pentagon Fitzgerald testified to Congress in 1968 and 1969 about the concealed cost overruns and the technical problems of the Lockheed C-5A transport plane. He was accused of revealing classified information and was fired on order of President Richard M. Nixon. He later successfully appealed to the Civil Service Commission to be reinstated. Furthermore, he was involved in several legal cases that were significant in establishing presidential immunity and defining the rights of government employees, including the U.S. Supreme Court case Nixon v. Fitzgerald.

His books include The High Priests of Waste (1972) and The Pentagonists: An Insider's View of Waste, Mismanagement and Fraud in Defense Spending (1989).