←  ABOUT US
About
›
Board of Advisors, In Memoriam
›
Person Detail
Thomas Bethell 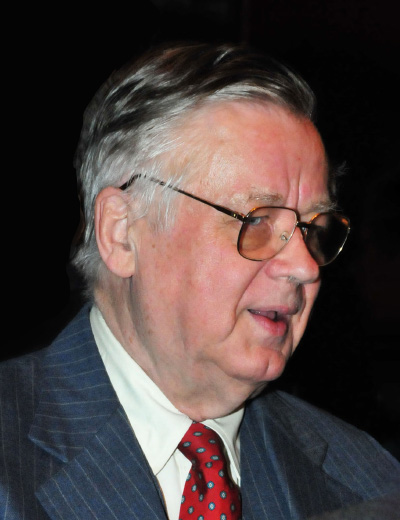 High Resolution
Thomas Bethell
Thomas Bethell (1936–2021) was a Member of the Board of Advisors for the Independent Institute, Senior Editor of The American Spectator, former Washington editor of Harper's, and a former editor of The Washington Monthly. He has also served as Managing Editor of New Orleans Magazine and Associate Editor of New Orleans Courier, and he is a former columnist for the Los Angeles Herald Examiner, Belief.net and The Washington Star.

Educated at the Royal Naval College and Trinity College at Oxford University, he was a Visiting Media Fellow at the Hoover Institution and his articles appeared in Fortune, New York Times Magazine, and The Atlantic Monthly.

He is the author of the books, The Noblest Triumph: Property and Prosperity Through the Ages, The Electric Windmill: An Inadvertent Autobiography, Questioning Einstein: Is Relativity Necessary?, Eric Hoffer: The Longshoreman Philosopher, The Politically Incorrect Guide to Science, George Lewis: A Jazzman from New Orleans, and Television Evening News Covers Inflation, 1978-79: An Analysis.