←  ABOUT US
About
›
Research Fellows, In Memoriam
›
Person Detail
Peter W. Huber 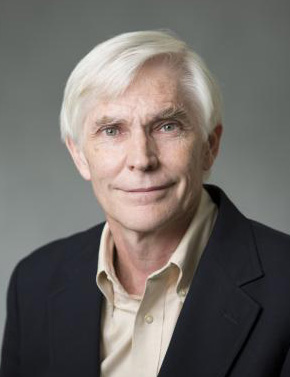 Peter W. Huber (1952–2021) was a Senior Fellow at the Manhattan Institute and a former Associate Professor at MIT and Partner in the law firm of Kellogg, Huber, Hansen, Todd, Evans & Figel. He received his law degree from Harvard University in 1982, and Ph.D. in mechanical engineering from Massachusetts Institute of Technology. He clerked on the DC Circuit Court of Appeals for Ruth Bader Ginsburg, and on the U.S. Supreme Court for Sandra Day O'Connor.

He is the author of the books, Liability: The Legal Revolution & Its Consequences; The Liability Maze: The Impact of Liability Law on Safety and Innovation; Galileo's Revenge: Junk Science In The Courtroom; Orwell's Revenge: The 1984 Palimpsest; Law and Disorder in Cyberspace: Abolish the FCC and Let Common Law Rule the Telecosm; Judging Science: Scientific Knowledge and the Federal Courts; Phantom Risk: Scientific Inference and the Law; Hard Green: Saving the Environment from the Environmentalists; Federal Telecommunications Law; The Bottomless Well: The Twilight of Fuel, The Virtue of Waste, and Why We Will Never Run Out of Energy (with Mark P. Green); and The Cure in the Code: How 20th Century Law Is Undermining 21st Century Medicine.

He published articles in such scholarly journals as the Harvard Law Review and Yale Law Journal, and in such publications as Science, Wall Street Journal, Reason, Regulation, and National Review. He also appeared on numerous TV and radio programs, including Face the Nation and The NewsHour with Jim Lehrer.