←  ABOUT US
About
›
Person Detail
Hubert Williams 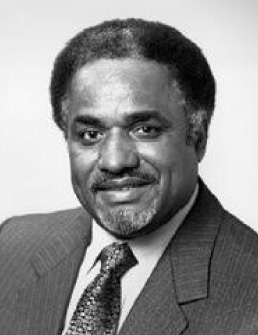 Hubert Williams (19?? – 2020) was President of the Police Foundation. A graduate of the FBI National Academy, he received his J.D. from Rutgers University School of Law, and has been a Research Fellow at Harvard Law School’s Center for Criminal Justice and Deputy Special Advisor to the Los Angeles Police Commission.

A 30-year veteran of policing, Mr. Williams was one of the youngest police chiefs ever in the U.S. while serving as police director in Newark. During this time, he commanded the largest police department in the State of New Jersey during a time in which inner-city deterioration, civil unrest, and drug-related crime plagued most of the nation’s urban areas. Founding President of the National Organization of Black Law Enforcement Executives, he is a member of the Advisory Board of the Rand Corporation Drug Policy Research Center, John Jay College of Criminal Justice, U.S. Delegation to the Seventh United Nations Congress on the Prevention of Crime and the Treatment of Offenders, and the National Criminal Justice Commission, and he is a director of Drug Strategies and Advocates for Highway and Auto Safety.

A contributor to numerous scholarly volumes, he is the author of the book, The Abuse of Police Authority: A National Study of Police Officers’ Attitudes (with David Weisburd, Rosann Greenspan, Edwin E. Hamilton, and Kellie Bryant). Mr. Williams’s articles have also appeared in the Bulletin of Narcotics, Crime and Delinquency and Criminal Justice Ethics.