←  ABOUT US
About
›
Person Detail
Thor Halvorssen 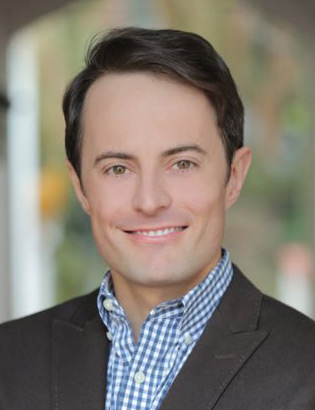 Thor Halvorssen (Thor Leonardo Halvorssen Mendoza) is the Founder, President and Chief Executive Officer of the Human Rights Foundation (HRF), Founder of both the Oslo Freedom Forum and the Moving Picture Institute, former founding CEO of the Foundation for Individual Rights in Education (FIRE), and the Patron of the Prague-based Children’s Peace Movement, On Own Feet. Born in Venezuelan, he is a world-renowned human rights advocate and film producer with contributions in the field of public policy, public interest advocacy, individual rights and civil liberties, and pro-democracy advocacy.

He is currently producing the film adaptation of Robert Heinlein’s book, The Moon Is a Harsh Mistress, to be directed by Bryan Singer (X-Men, Valkyrie, Superman Returns, etc.). Halvorssen's other films have included The Singing Revolution, Freedom's Fury, Hammer & Tickle, Indoctrinate U, The Sugar Babies, and 2081, based on the Kurt Vonnegut short story, “Harrison Bergeron.”

Halvorssen is the author of the book, Simón Bolívar and the Enlightenment, and University of Pennsylvania President Judith Rodin honored his achievements by awarding him the Sol Feinstone Award for protecting student speech. In 2010 former Romanian President Emil Constantinescu presented Halvorssen with a presidential silver medal to commemorate the tenth anniversary of the Romanian Revolution of 1989.

His mother Hilda Mendoza is a descendant and a relative, respectively, of Venezuela's first president Cristóbal Mendoza and liberator Simón Bolívar. His father is Thor Halvorssen Hellum, who served as a Venezuelan Ambassador for anti-Narcotic Affairs in the administration of Carlos Andrés Pérez and as special overseas investigator of a Venezuelan Senate Commission.

Described by The New York Times as “a champion of the underdog and the powerless,” Halvorssen began advocating for human rights as an adolescent in London by organizing opposition to South African apartheid. He became involved full-time in the promotion of due process and individual rights after his father became a political prisoner in Venezuela. When Halvorssen was a freshman at the University of Pennsylvania in 1993, his father was arrested while investigating the Medellín cartel. His father was tortured, beaten, and almost killed during his 74-day incarceration in a Caracas jail on charges of terrorism. Halvorssen led the campaign for his release, and his father was eventually found innocent of all charges. After his release, the United Nations-affiliated International Society for Human Rights appointed his father director of their Pan-American Committee.

Later while attending a peaceful protest of the Venezuelan recall referendum of 2004, Halvorssen's mother, a British subject, was shot and wounded. The shooting was captured by a live television broadcast showing that the assailants were from the Venezuelan government. The gunmen were later apprehended, tried, and convicted for attempted murder and bodily harm. Halvorssen founded HRF after the shooting of his mother.

Halvorssen has lectured at universities around the world on matters of liberty, and his articles have appeared in such publications as The New York Times, The Wall Street Journal, The Economist, The Washington Post, National Review, Time, The Daily Telegraph, New York Post, and GQ, and he has been interviewed on such televised outlets as CNN, Fox News, MSNBC, National Public Radio, Al Jazeera, BBC, HBO, and elsewhere. In addition, he is a regular columnist for The Huffington Post and Forbes.