←  ABOUT US
About
›
Board of Advisors
›
Person Detail
Daniel N. Robinson 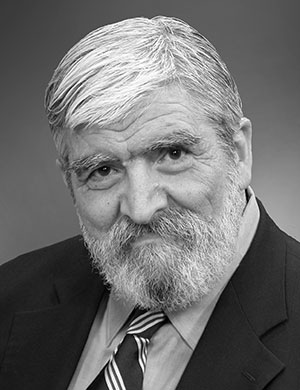 Daniel N. Robinson is Distinguished Professor Emeritus of Philosophy at Georgetown University; a Faculty Fellow of Philosophy, Linacre College, Oxford University; and a Member of the Board of Advisors for The Independent Review.

He is a Member of the Board of Consulting Scholars of Princeton University’s James Madison Program in American Ideals and Institutions, Senior Fellow of Brigham Young University’s Wheatley Institution, and he has held faculty positions at Amherst College, Georgetown University, Princeton University and Columbia University. He received his Ph.D. in neuropsychology from the City University of New York, and he is past President of the two divisions of the American Psychological Association: the Division of History of Psychology, from which he received the Lifetime Achievement Award, and the Division of Theoretical and Philosophical Psychology, from which he received the Distinguished Contribution Award.

Professor Robinson is the author or editor of more than forty books including The American Founding: Its Intellectual and Moral Framework (with Richard N. Williams); The Enlightened Machine: An Analytical Introduction to Neuropsychology; An Intellectual History of Psychology; Systems of Modern Psychology: A Critical Sketch; Psychology and Law: Can Justice Survive the Social Sciences?; Toward a Science of Human Nature: Essays on the Psychologies of Hegel, Mill, Wundt and James; The Wonder of Being Human: Our Mind and Our Brain (with John Eccles); Philosophy of Psychology; Aristotle's Psychology; An Intellectual History of Psychology; Wild Beasts and Idle Humours: The Insanity Defense from Antiquity to the Present; The Mind: An Oxford Reader; Praise and Blame: Moral Realism and Its Applications; Consciousness and Mental Life; and How is Nature Possible? Kant's Project in the First Critique.