William A. Niskanen: The Independent Institute

←  ABOUT US
About
›
Board of Advisors, In Memoriam
›
Person Detail
William A. Niskanen 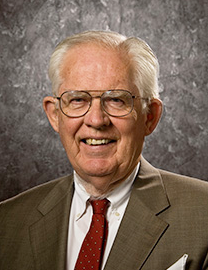 William A. Niskanen (1933–2011) was Chairman Emeritus and Distinguished Senior Economist at the Cato Institute, and Research Fellow and founding Member of the Board of Advisors for both the Independent Institute and its quarterly journal, The Independent Review. He received his Ph.D. in economics from the University of Chicago, which honored him with a lifetime professional service award.

His books include Bureaucracy and Representative Government, Reflections of a Political Economist: Selected Articles on Government Policies and Political Processes, After Enron: The Major Lessons for Public Policy, Autocratic, Democratic and Optimal Government: Fiscal Choices and Economic Outcomes, Corporate Aftershock: The Public Policy Lessons from the Collapse of Enron and Other Major Corporations, Going Digital!: A Guide to Policy in the Digital Age, Bureaucracy and Public Economics, Dollars, Deficits, and Trade, and Reaganomics: An Insider's Account of the Policies and the People, and Policy Analysis and Public Choice: Selected Papers by William A. Niskanen.

Arms, Politics, and the Economy
Historical and Contemporary Perspectives
Foreword 1990
Article in The Independent Review 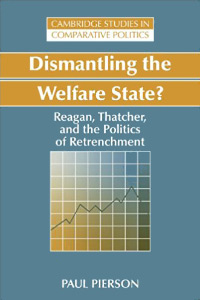