←  ABOUT US
About
›
Person Detail
Yuri Yarim-Agaev 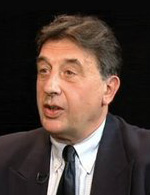 Dr. Yarim-Agaev is a scientist, economist and human rights activist who was a key member of the Moscow Helsinki Group and a leader of the human rights movement in Russia, working closely with Andrei Sakharov and other dissidents. After receiving his Ph.D. in physics and applied mathematics from the Moscow Institute of Physics and Technology, he worked as Senior Scientist for the Institute of Chemical Physics in the U.S.S.R. Academy of Sciences. As a consequence of his dissident activities, he was forced into exile.

Dr. Yarim-Agaev founded the Center for Democracy in the U.S.S.R. in 1984 to support dissidents in the U.S.S.R. By the late 1980s, he co-founded Democracy and Independence (with Vladimir Bukovsky and Paruir Hairikyan), an organization devoted to promoting the peaceful dissolution of the Soviet Union into new independent states. The organization held international conferences in Paris (1989) and Prague (1990), involving dissidents from the various Soviet republics. In 1991, by invitation of the new Yeltsin-led Russian government, Dr. Yarim-Agaev developed a comprehensive program to secure the free flow of information in Russia.