←  ABOUT US
About
›
Person Detail
Laurence R. Iannaccone 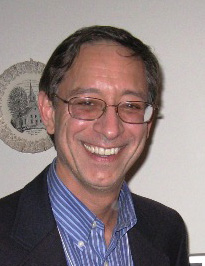 Laurence R. Iannaccone is a Professor of Economics at Chapman University, Director of the Center for the Economic Study of Religion, and a member of the Board of Advisors for the Center on Culture and Civil Society at the Independent Institute. He received his Ph.D. in economics from the University of Chicago.

In more than fifty scholarly publications, Professor Iannaccone has applied economic insights to study denominational growth, church attendance, religious giving, conversion, extremism, international trends, and many other aspects of religion and spirituality. His articles have appeared in numerous academic journals, including the American Economic Review, Journal of Political Economy, American Journal of Sociology, and Journal for the Scientific Study of Religion. He is the Founder and former Executive Director of the Association for the Study of Religion, Economics, and Culture, and he is currently writing two books on the economics of religion.