←  ABOUT US
About
›
Board of Advisors, In Memoriam
›
Person Detail
Rodney W. Stark 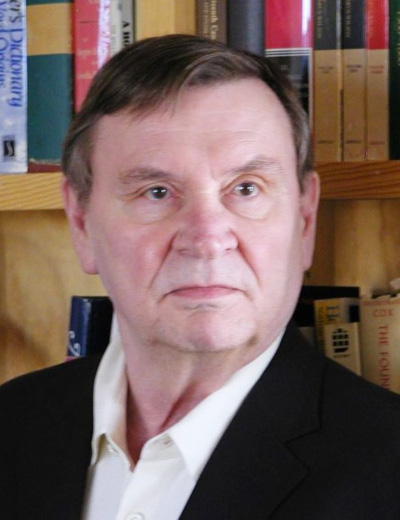 Rodney W. Stark (1934–2022) was Distinguished University Professor of the Social Sciences and Co-Director of the Institute for Studies of Religion at Baylor University and a member of the Board of Advisors for the Independent Institute and its Center on Culture and Civil Society and quarterly journal, The Independent Review. He received his Ph.D. from the University of California at Berkeley, and he is Founding Editor of the Interdisciplinary Journal of Research on Religion, Honorary Professor of Sociology at Peking University in Beijing, China, and former Professor of Sociology and Professor of Comparative Religion at the University of Washington. His book The Rise of Christianity was a Pulitzer Prize Finalist and three other of his books have received Distinguished Book Awards.

Professor Stark is the author of 140 articles in scholarly journals and 28 books including For the Glory of God: How Monotheism Led to Reformations, Science, Witch-Hunts, and the End of Slavery; The Triumph of Christianity: How the Jesus Movement Became the World's Largest Religion; The Victory of Reason: How Christianity Led to Freedom, Capitalism, and Western Success; The Rise of Christianity: How the Obscure, Marginal, Jesus Movement Became the Dominant Religious Force in a Few Centuries; Discovering God: The Origins of the Great Religions and the Evolution of Belief; One True God: Historical Consequences of Monotheism; The Churching of America, 1776-1990: Winners and Losers in Our Religious Economy; and Exploring the Religious Life.

Professor Stark served as president of the Association for the Sociology of Religion, and he began his career as a reporter for the Oakland Tribune and Denver Post.

Article
How Christianity Led to Freedom, Capitalism, and the Success of the West
Commentary Dec. 2, 2005