←  ABOUT US
About
›
Person Detail
Bruce N. Ames 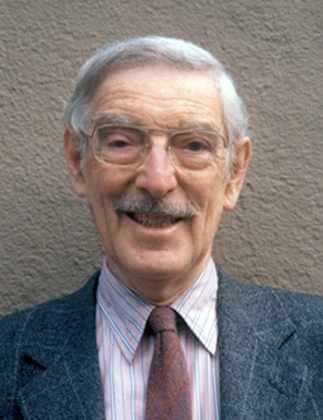 Bruce N. Ames, the world-renowned pioneer in the fields of biochemistry and nutritional science, is Professor in the Graduate School of Biochemistry and Molecular Biology at the University of California at Berkeley and Senior Research Scientist at Children’s Hospital Research Institute. Professor Ames’s work has concerned the study and therapeutic manipulation of metabolic dysfunction for restoring and enhancing human health. His research has focused on identifying important mutagens that damage human DNA, the defenses that protect us from them, and the consequences of DNA damage for cancer and aging.

Professor Ames has served on the National Cancer Institute board of directors, and he is a member of the National Academy of Sciences and has served on its Commission on Life Sciences. In addition, he is a member of the Royal Swedish Academy of Sciences, Japan Cancer Association, and Academy of Toxicological Sciences. Professor Ames has published more than 500 scientific articles.

Professor Ames participated in the Independent Institute event States of Fear: Science or Politics? featuring Michael Crichton and a panel of other distinguished scientists. It is now available on DVD.