The presumption underlying state licensing of physicians is that the state offers consumers needed protection through its efforts toward monitoring physician competence. If this was ever true, a strong argument can be made that it is no longer the case. With the growth of managed care, a new set of eyes has entered the health care arena. Armed with software that tracks physician performance, providers are able to use their in-house expertise to evaluate and assess physician performance.

Equally important, with the growth of managed care, and the resulting change in health care purchase arrangements, courts have shifted liability for physician malpractice toward managed care and other institutional providers. Access to information and incentive to act on it create a strong force in the market, increasing private monitoring efforts.

Changes in institutional liability have put individuals with the wherewithal to assess physician performance—individuals running hospitals and health maintenance organizations—in a position where they are finding it increasingly difficult to turn their backs on misconduct. With this change, the time has come to question the need for state intervention and the continued funding of state medical licensing efforts.

Licensing has been criticized over the years for promoting the interests of physicians over those of their patients. Economists have pointed to the cartel-like results of limited entry – restricted access to services and higher prices. Critics are quick to point out how unfathomable it is that licensure leads to informed choice, as licensure does not restrict physicians to practice in a particular area of medicine, nor does passing a standardized exam offer much information about physician competence years or even decades later. Licensure exams clearly cannot screen out individuals who might defraud patients.

With respect to discipline, licensing boards’ actions reflect the difficulty in policing professional activities that are not easily observable. Generally, licensing boards pull medical licenses only in circumstances where incompetence is undeniably blatant. The inappropriate prescription of controlled substances is responsible for a significant proportion of licenses that are suspended or revoked.

Today’s markets offer consumers even greater levels of protection from malfeasance and incompetence. Large-scale provision of care (through HMOs and other providers) and the ability of computers to store and retrieve information about physicians makes it easier to monitor physicians than ever before. Also, reputation is becoming increasingly important in assuring quality in the market for physician services.

The biggest changes have to do with liability for misconduct. For many years, hospitals had no legal liability for what transgressed on their premises. Physicians alone were liable—both for their own actions and those of nurses and other medical professionals working under their supervision.

Over the last twenty years or so, however, hospital protection from immunity has eroded, principally because the nature of the delivery of care has changed. Modern courts have rejected traditional doctrines that held physicians liable in favor of increasing hospital liability. The practical consequence of this is that hospitals can pretend they don’t see physician malfeasance at their own risk. Hospitals have a duty to evaluate physicians up front and, periodically, to review physician competence.

A positive outcome of this shift in liability is that it creates incentives for hospitals, probably best equipped to monitor physicians, to do so. The vast majority of physicians who behave inappropriately will find it difficult, if not impossible, to obtain staff privileges. Although no system offers perfect protection from physician misconduct, the incentives associated with institutional liability seem to dwarf protection offered by current state licensing and discipline efforts.

The movement toward managed care and institutional liability has led to increased incentives for physicians to seriously question their peers whose practice patterns lie outside the normal bounds. This contrasts sharply with the traditional perception of physicians as unwilling to point out the deficiencies of a colleague to patients or hospital boards. In the past, an individual doctor had little to gain by spending his or her time trying to evaluate the work of another physician.

If he or she were uncertain about the skills of another professional, simply refraining from referring patients to that physician would have been the most likely choice of action. Today, however, an individual physician can harm the group’s reputation substantially, to the detriment of all involved. Peer pressure is proving to be a powerful tool toward improving care.

The growth in low-cost computer data management has facilitated record keeping, making it harder for practice outliers to escape notice and disciplined physicians to hide their past records of malpractice. It is now possible to keep track of physician practice patterns and compare them to those of their peers. Such profiles are extremely useful in modifying physician behavior. Remarkably, just making physicians aware of how their practice patterns differ from those of other physicians is sufficient to cause changes in their behavior.

Once disciplinary actions have been taken, records of these actions are kept in data banks maintained by the Federation of State Medical Boards, the American Medical Association, individual state medical boards and the federal government. It is no longer the case that a malfeasant physician can escape her record by moving to another state.

Ready access to data on state disciplinary actions and actions taken by hospitals (such as loss or suspension of staff privileges) clearly facilitates a hospital’s ability to evaluate a potential staff physician prior to granting privileges. Combined with hospital liability, these sources of data provide the means to protect consumers from repeated infractions by incompetent, careless, or fraudulent practitioners.

A final force creating incentives toward institutional monitoring is the increased importance of brand name and institutional reputation in health care markets. With managed care, teams of physicians compete for patients, making reputation increasingly important. Brand name becomes a valuable asset, easily diminished at the first media report of physician misconduct or ineptitude. To protect this asset, stakeholders in institutions that provide health care to consumers will take steps to avoid such outcomes. So valuable is brand name to stakeholders, its very existence creates strong incentives to monitor service quality at every point.

Given the changes in health care delivery patterns, which increasingly provide protection from malfeasant physicians, it is reasonable to ask whether state efforts to license and discipline physicians are the best use of public funds. Improvements in the incentives for others to monitor physicians due to shifts in liability, the growth in group practice, and peer review, and the increased ease with which this monitoring can be performed make state licensing efforts redundant to market processes. 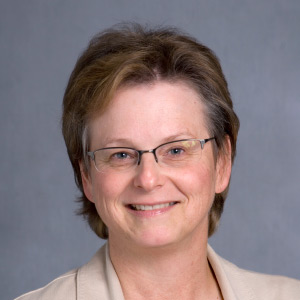 Shirley V. Svorny is Professor of Economics and Chairwoman of the Department of Economics at California State University, Northridge.