How the Boom Bust Works: News: The Independent Institute

If you have a house for sale, you might want to get in front of the market and lower the price dramatically now. I know it hurts, but housing prices are highly sensitive to 30-year mortgage rates. The higher the monthly payment goes, the lower the price paid for the home itself will be.

This is how the market equilibrates. Of course, if you are paying cash, it is another matter. In the end, the winners of the current housing crash will be the rich as always.

This is but one sign of many of a wrenching reset going on in macroeconomic structures right now, all due to a fix being pursued by the Federal Reserve. Jerome Powell, the central bank’s chair, is reversing a 14-year policy that has proven to be a disaster. Zero-interest-rate policy from 2008 to the present introduced a whole series of wild distortions that have seriously wrecked reality-based economics.

With that being reversed now in the name of inflation control, lots of other things also are going to change. You might be able to save money and make money by doing so, for example. And those wild years of speculative and mega-levered investment and spending in Big Tech and Media are coming crashing down.

Take solace, then. Even if your house is losing value, there are upsides in the macrosphere. Many formerly high-flying companies are being cut back by the day. The overclass that ruled the roost for a long time in U.S. corporate structures is being smited. It’s not only that. The evidence of a world gone mad is going to gradually fade as rationality and perhaps even decency make a comeback.

The business cycle isn’t just about boom and bust. It’s also about madness and normalcy. We are headed from one to the other.

For those who want to understand how and why this is happening, I’ve written the following, which is an explanation of the Austrian theory of the business cycle. We are living through a paradigmatic case.

The theory was first presented in its fullness in the 1920s. Why then? Because this was the first decade after most countries created central banks. They caused some very odd behavior that made 19th-style economic theory seem to have less explanatory power.

That was when a few economists working in Vienna put together a model for understanding how business cycles work in a modern economy. Their names were Friedrich August von Hayek and Ludwig von Mises. They drew on their theoretical knowledge based on the following intellectual inputs:

Richard Cantillon (1680–1734) observed that when governments inflate the money supply, the effects are unevenly distributed among economic sectors, affecting some more than others, in different ways and over time.

Adam Smith (1723–1790) explained that a critical element of rising wealth is embedded in the division of labor, in which individuals specialize in tasks and cooperate across firms and those firms cooperate with each other. Labor inputs work alongside capital inputs to create a coordinate system.

Carl Menger (1840–1921) saw money as an organic market creation, not an invention of the state, which implies that it should be produced like any other good or service. Central management of money is wholly unnecessary and likely destructive.

Knut Wicksell (1851–1926) demonstrated that interest rates function as a price mechanism to allocate investment decisions over time, which is why the yield curve exists. Manipulation of the interest rate disturbs the natural allocation of resources.

Eugen von Boem-Bawerk (1851–1914) explained the structure of production as consisting of far more than just consumer and capital goods. Capital itself is heterogeneous, in that investment decisions include a forecast of time expectations, and the interest rate is crucial to coordinating them.

You can put all those pieces together to come up with a mental model of a well-functioning economy as described by Jean-Baptiste Say (1767–1832), who saw the alignment of supply and demand as a law of economics, which is to say that a market economy is inherently stable.

One can see, then, when combining those pieces, how a central bank messes everything up. By lowering the interest rate, the central bank fuels the creation of new bank credit that otherwise wouldn’t exist. An artificially lowered interest rate acts like fake savings. Savings are resources drawn from deferred consumption. They serve as the basis for sustainable investment. But artificially low rates signal the existence of savings that aren’t there.

Not only do low interest rates create fake savings, they actually draw real savings away from short-term projects toward longer-term projects, thus distorting the production structure—and labor markets—as described above. They create a kind of subsidy toward capital products that would not exist had the interest rate stayed at its natural market-based level.

The result then is not just inflation, as the monetarists would describe it. It’s also a distortion of the production structure. Capital gets a subsidy over consumption goods, and not only that but longer-term projects get a boost over shorter-term projects.

Bottom line: the past 14 years of zero interest rates have created a paradigmatic case of the Austrian business cycle theory. It has massively distorted the interest rate as a pricing system, more so than ever before. That was former Fed Chair Ben Bernanke’s supposedly wonderful innovation. Many people thought his move in 2008 would generate inflation but he found a workaround.

Bernanke paid the banks to keep their new and faked resources locked away in the vaults of the Fed. This kept the hot money off the streets and kept prices stable. But that only solved one problem. It created another: it made huge malinvestments in a whole series of sectors in tech and media and housing yet again!

What resulted was a disgustingly overbuilt tech world, replete with Zoom-class employees with college degrees earning six figures without limit. Central bank credit caused the creation of an overclass that eventually caused all sorts of mischief, economic and cultural. They entrenched idiotic ideas like ESG, DEI, and “woke” philosophy in general that had previously only had a life in academia.

None of this nonsense had anything to do with reality but in Bernanke’s world, reality didn’t matter anymore. This sector got so huge that it became a critical number to push lockdowns under the slogan “Stay home, stay safe.” These privileged elites forced the working classes to serve them food at their doorsteps and face the virus while they luxuriated in their fancy apartments pretending to work on laptops.

So that we understand the radical nature of this experiment, please study what follows carefully. Look at the federal funds rate adjusted for inflation. What we see is the longest period of production distortion in U.S. history. The federal funds rate is generally determinative of the payment on short-term lending in any sector, e.g., Treasury bills. Put that at less than zero and you inspire a mad hunt for return further down the yield curve.

This whole policy becomes unsustainable once the value of the dollar begins to fall because of price inflation. At some point, the central bank has to turn things around. When things become shaky or prices start to shift and the central bank starts to back off its pillaging policies, the house of cards starts to fall, as resources are drained from long-term speculation to shorter-term consumption and the restarting of real savings.

That’s precisely where we are in the cycle. Long-term projects are falling apart. Consumers and investors are turning away from the long parts of the yield curve to make money in the short term. Resources in general are going through a massive shift in terms of time allocation as interest rates shift.

That the yield curve has dramatically inverted is hardly a surprise. It’s a sign that the ship of production is turning very slowly, and investors are unconvinced yet that the Fed will keep this up. But the point is that the Fed must keep this up if it intends to get inflation rates back to the target. The federal funds rate will have to enter back into positive territory in real terms. That means 6 percent, 8 percent, or even 10 percent, pushing long yields far into the double-digit range.

If that happens, lots of other things also are going to change. The rah-rah boom times of highly leveraged investment (i.e., Sam Bankman-Fried and his FTX scam) are going to come to an end. It also means that markets will lose their romantic attachment to ESG, DEI, and “woke” theory generally, simply because, in tough economic times, ideology gives way to economics.

The crucial observation of Austrian theory is that central bank interest-rate manipulation affects far more than prices. It affects lending patterns and capital allocations over time. It literally bends time to favor the long run over the short run in ways that are not justified inherently by existing savings. That distortion is unsustainable and cries out for a fix.

Housing is broken but far more besides. It took 14 years for us to get to this place and it could take many years of recession to repair the damage. The Austrian theory explains it best. Its creators provide a far better guide for getting us out of this mess than any of the gurus in charge today. 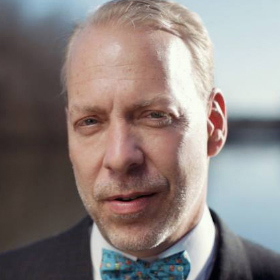 Jeffrey Tucker is the founder and president of the Brownstone Institute.

RELATED
Debt Ceiling Kabuki: Republicans Will Cave and U.S. Government Finances Will Get Even Worse
Texas Conservatives Should Not Support Banning Land Sales to Foreigners
Reckless Reparations Reckoning
San Francisco Falls Into The Abyss
It’s Time to Put a Brake on the Debt-Ceiling Charade
The IMF and Sri Lanka Are Partners in Delusion
Who Is ‘Accountable’ to Whom?
Does the U.S. Need to Contain China in Africa?
How Japan Kept Inflation Rates Low
Feds Are Profiting Off of Policy: Only Voters Can Stop Them
Sins Against Children: On America’s moral compass in the face of Covid.
When Putin Turned His Back on Reaganomics