People running for office have always bent opinion, lied and obfuscated about their positions, politics and facts. Often they believe their truths, which may be very different from someone else’s truth or the “real” truth. This is part and parcel of a democracy. One might even say, it is the “American Way.” It is not the government’s job, to determine what we believe, what we wish to vote for or to ensure accuracy of campaign speech.

IT IS NOT THE JOB OF ELECTION OFFICIALS OR THE DEPARTMENT OF HOMELAND SECURITY TO CONTROL THE NARRATIVE OR FREE SPEECH.

That is mission creep.

They are constraining what is acceptable to discuss, what are approved opinions. They are purposefullly constraining the Overton window.

This is information control in the worst way.

It is not the job of the Department of Homeland, and local or national election officials to stop free speech, whether that “speech” is—on social media, TV or on a stage.

Conflating illegal foreign influences in elections, computer bots from foreign countries and free speech into the same governmental oversight is not ok. They are not the same.

This Politco article nicely demonstrates how election officials have seamlessly woven free speech with foreign influences can been seen in the following text:

Ten state chief election officials say in interviews they have had to refocus their positions to battle a constant flow of disinformation. This year, they say, will be no different...

“political candidates undermining the election systems that they still run for office in, and conspiracy theories that target even the most obscure parts of America’s election infrastructure”

The Politco article in question, goes on:

Voting for the 2022 midterms is already underway, and the nation’s top election officials are caught fighting a two-front war: Battling disinformation stemming from the last election, while simultaneously preparing for the next one.

The officials are no longer just running elections. They’ve become full-time myth-busters, contending with information threats coming from the other side of the globe—and their own ranks.

In interviews with 10 state chief election officials—along with conversations with staffers, current and former local officials and other election experts—many described how they have had to refocus their positions to battle a constant rolling boil of mis- and disinformation about election processes.

They’re dealing with political candidates undermining the election systems that they still run for office in, and conspiracy theories that target even the most obscure parts of America’s election infrastructure. And they say the country will face the same issues this year as it elects a new Congress and decides control of three dozen statehouses...

Election officials said they have increasingly been leaning on national partnerships—both with other secretaries and federal agencies like the Cybersecurity and Infrastructure Security Agency, the FBI and the Department of Homeland Security—to help prepare local election workers.

Maine Secretary of State Shenna Bellows, a Democrat, said that she will soon host a workshop with CISA and local clerks in her state.

“It has exploded out of control,” Bellows said. “Disinformation can lead to people threatening harm” to election workers. She also said her office would work on further training for local officials, including de-escalation training, to help protect them in volatile situations.

Battling “mis, mal and disinformation” of American citizens is again mission creep. Free speech is free speech. It is our first amendment right.

Because we all know that elections in the USA are always fair and never corrupted, right?

- Transaction is expected to provide approximately $400 million in proceeds2 to Rumble, including a fully committed PIPE of $100 million at $10.00 per share and $300 million of cash held in the trust account of CFVI

- Transaction values Rumble at an enterprise value of $2.1 billion3

As I have been saying for many months now, Justin Trudeau has become a very wealthy man on his profits from the BioNTech/Pfizer and Moderna vaccines. He is invested heavily in the Canadian company that holds the patents for the lipid nanoparticles. The Canadian government is also profiting nicely off of these companies—from their patent royalties.

Thanks to David Martin did the heavy lifting and has produced the documents and facts proving this point—that Trudeau and the Canadian government are tied in financially with the mRNA vaccine companies. Watch his video below (or on Rumble):

In my opinion: Trudeau’s conflicts of interest are vast. His vaccine mandates, authoritarian rule and use of emergency powers has benefited himself at the expense of Canadians. It is time for him to go. 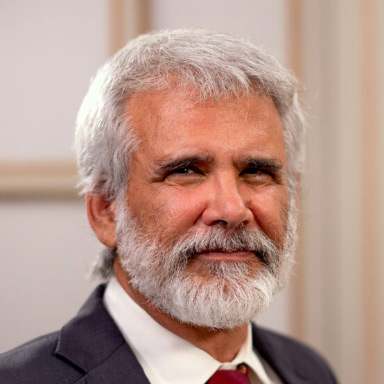 RELATED
The GOP Needs to Go Back to Sound Principles on Free Enterprise, Small Government, and Legal Immigration
End the COVID National Emergency Now
Left Libertarians, Dobbs, and the Ninth Amendment
Congress Must Fix the Electoral Count Act to Avert a Crisis
As California Schools Fall Even Further, A Charter School Shows How To Succeed
What Difference Did the Election Make?
Enjoyment of the Upcoming World Cup Will Come at a Price
Vote Like a Woman: When You Vote, Remember Who Has Recently Most Hurt Women
Permissible and Impermissible Incendiary Speech?
Michael Bloomberg Has Become the Advocate that Higher Education Needs the Most
Like Soviets and Russians Before, China Is a Hollow Threat
‘Treason’ Goes Way Beyond Cato And Mercatus: Lots of Economists Oppose the Jones Act