←  ABOUT US
About
›
Research Fellows, In Memoriam
›
Person Detail
Antony G. N. Flew 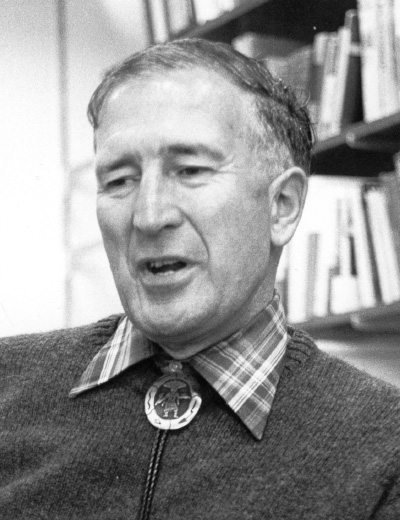 Antony G. N. Flew (1923–2010) was Professor Emeritus of Philosophy at the University of Reading in England until his death on April 8, 2010. He served in the Royal Air Force during the Second World War, studying Japanese at the School of Oriental and African Studies from 1942 to 1943, before joining RAF Intelligence until the cessation of hostilities in 1945. Following the war, he took a first class degree from St John’s College, Oxford, in 1947, and during this time he was a regular attendee of C.S. Lewis’s Oxford Socratic Club. He did his Ph.D. research under Gilbert Ryle, following which he served as a lecturer in philosophy at Christ Church, Oxford, from 1949 to 1950. From 1950 to 1954, he was a lecturer in moral philosophy at the University of Aberdeen, and then he became a professor of philosophy at Keele University in Staffordshire, where he remained until 1973, at which point he moved to the University of Reading. He retired in 1983, and took up a part-time post at York University in Toronto. He gave the 1986-1987 Gifford Lectures at the University of St Andrews.

Professor Flew is a member of the Council of the Royal Institute of Philosophy, and he is the recipient of the Gary G. Schlarbaum Prize for Lifetime Achievement in the Cause of Liberty and the Phillip E. Johnson Award for Liberty and Truth.

Professor Flew is the author of more than 175 articles and reviews in scholarly journals, and he is a contributor to the Encyclopaedia Britannica, Collier's Encyclopaedia, Encyclopaedia of Bioethics and the Encyclopaedia of Philosophy. He is the author or editor of forty books, including David Hume, Evolutionary Ethics, God and Philosophy, Hume's Philosophy of Belief, Thinking About Thinking, The Politics of Procrustes, A Rational Animal, and Sociology, Equality and Education. With Alasdair Macintyre, Professor Flew edited the influential volume New Essays in Philosophical Theology, he is a contributing author to the Independent Institute’s award-winning book, The Academy in Crisis and his newest book is There Is a God (with Roy Abraham Varghese).