←  ABOUT US
About
›
Person Detail
Nicholas Wolterstorff 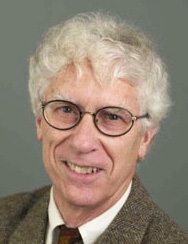 Nicholas Wolterstorff is Senior Fellow in the Institute for Advanced Studies in Culture at the University of Virginia, Noah Porter Professor of Philosophical Theology at Yale University, a member of the Board of Advisors for the Center on Culture and Civil Society at the Independent Institute. He received his Ph.D. in philosophy from Harvard University.

His books include On Universals; Reason within the Bounds of Religion; Works and Worlds of Art; Art in Action; Educating for Responsible Action; Until Justice and Peace Embrace; Lament for a Son; Rationality in the Calvinian Tradition (edited with H. Hart and J. van der Hoeven); On Universals: An Essay in Ontology; Faith and Rationality (edited with Alvin Plantinga); Divine Discourse; John Locke and Ethics of Belief; Religion in the Public Square (with R. Audi); Education for Shalom: Essays on Christian Higher Education (edited with Clarence W. Joldersma and Gloria G. Stronksand); and Thomas Reid and the Story of Epistemology.