Medical Disasters and the Growth of the FDA: Independent Institute 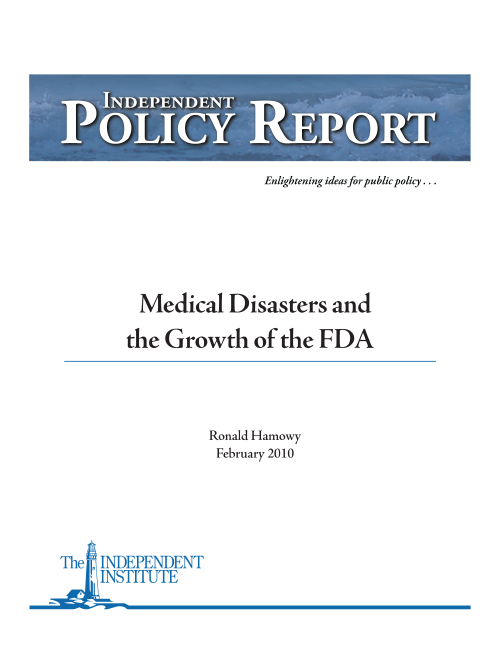 There is strong evidence that the spectacular growth in the size of the federal government is a result of its expansion following one crisis or another, either real or imagined. After the crisis it gains new powers that become the norm for the next stage of growth. The Food and Drug Administration provides a particularly apt example of this increase in powers as a response to a series of crises, each of which has increased the regulatory authority of the agency. The Food and Drug Administration, which did not even exist before the twentieth century, now possesses massive regulatory powers over products that account for no less than twenty-five cents of every dollar spent by the American consumer, totaling well over $1 trillion annually. Historical investigation shows that the agency has been able to take advantage of several perceived crises, the combined effect of which was to increase its authority to determine what Americans ingest to the point where today, at least in the case of drugs, it is the agency—and not the consumer—that determines when and what is available. A regulatory agency originally established to ensure that consumers would be provided with full and accurate information on the drugs available to them has become one that determines which drugs are available, when they might be administered, and who may ingest them. This essay traces this growth in terms of the legislative reaction to three crises, the diphtheria antitoxin crisis of 1901, the sulfanilamide crisis of 1937, and the thalidomide crisis of 1960. 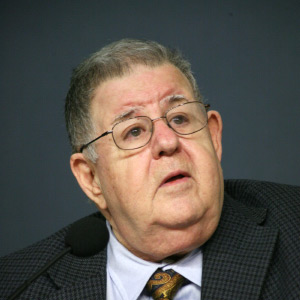 Ronald Hamowy (1937–2012) was a Research Fellow at the Independent Institute and Emeritus Professor of History at the University of Alberta in Canada.
FDA and Drug Regulation