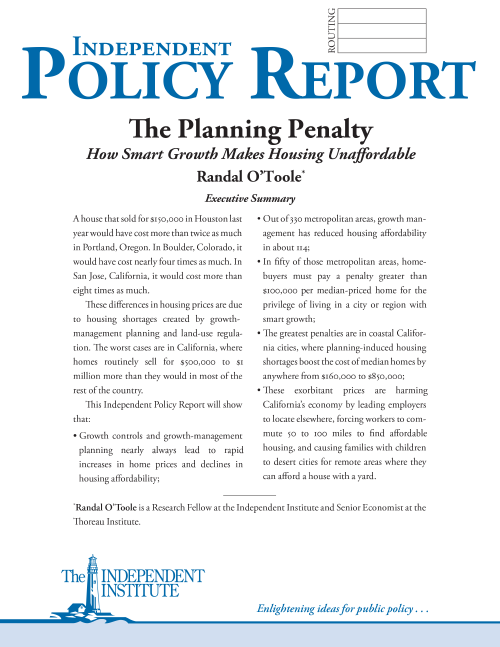 For each census year, housing affordability in each metropolitan area is estimated by calculating the number of years a median-income family devoting 25 percent of its income would need to pay off a mortgage equal to 90 percent of the value of a median-value home at mortgage interest rates prevailing at the time of the census. The same calculation is made for 2005 by updating the 1999 median home values using the Department of Commerce home price index. Mortgages that can be paid off in less than twenty years are judged affordable; twenty to thirty years is marginally affordable; and more than thirty years is unaffordable.

In 1959 and 1969, almost every metropolitan area outside of Hawaii had affordable housing. Cities in California and the New York metropolitan area began experimenting with growth-management planning in the early 1970s, and by 1979 these cities were unaffordable. As more cities and regions began such planning, they too became unaffordable: the Boston area in the 1980s, the Denver area in the 1990s, and Florida cities in the early 2000s.

Factors other than planning, such as a genuine shortage of private land available for development, appear to be responsible for high housing prices in only a handful of areas. In more than 110 metropolitan areas, higher home prices are the penalty paid by people who live in regions that use smart-growth planning.

In a few areas that have recently adopted smart-growth plans, such as Jacksonville, Florida and Charleston, South Carolina, the planning penalty may still be under $10,000 per median-value home. But for most areas it is much more. The penalties in Boulder, Colorado and the San Francisco Bay Area, which pioneered this type of planning in the 1970s, exceed $500,000 per home. The penalty exceeds $100,000 per home in ﬁfty metropolitan areas and ranges from $25,000 to $100,000 in ﬁfty more.

More than 30 percent of the total value of homes in this country is attributable to prices inﬂated by planning-induced housing shortages. In 2005, homebuyers nationwide paid an estimated $275 billion more for homes because of restrictive planning. This does not count the added costs to renters or purchasers of commercial, industrial, or retail land. 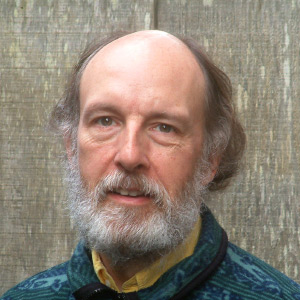 Randal O’Toole is a Research Fellow at the Independent Institute and Director of the American Dream Coalition.

RELATED
As California Schools Fall Even Further, A Charter School Shows How To Succeed
Why Do Progressives Support Democrats? Part One
Enjoyment of the Upcoming World Cup Will Come at a Price
Where Is the Free Market Utopia?
Vote Like a Woman: When You Vote, Remember Who Has Recently Most Hurt Women
Permissible and Impermissible Incendiary Speech?
CA Propositions 26 and 27 Are More about Protectionism than Gambling
Why Proposition 13 and Attacking It Are Both Popular