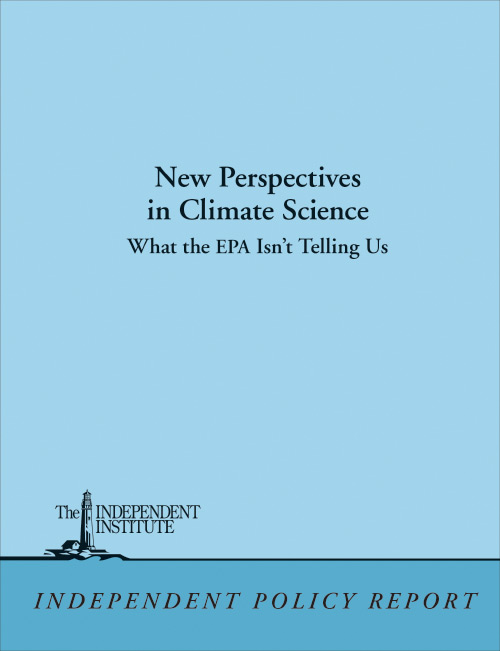 The Independent Institute gathered some of the nation’s leading global warming experts to unveil findings on climate change. The speakers, each internationally recognized as authorities on climate change, address historical changes in climate, the effect of these changes on urban mortality and the interplay of science and politics in the current EPA report.

As public debate examines new developments in the ongoing debate about past climate change, it is important to recognize that there have been a number of additional advances in climate science, many of which were concurrent or after the publication of the most recent (2001) Assessment of Climate Change by the United Nations Intergovernmental Panel on Climate Change, and the 2000 National Assessment of U.S. Climate Change. This latter document was used extensively by the U.S. Environmental Protection agency in its 2001 Climate Action Report.

As shown in The Independent Institute’s new report, New Perspectives in Climate Change: What the EPA Isn’t Telling Us, critical portions of science in all of these reports are misleading, inaccurate, unreliable, or simply wrong. However, that is not an indictment of the individuals involved, but is rather more symptomatic of the nature of science when funded by government agencies with a possible stake in the findings.

S. Fred Singer (1924–2020) was a Research Fellow at the Independent Institute and Professor Emeritus of Environmental Sciences at the University of Virginia.

David R. Legates is a Research Fellow at the Independent Institute, retired Professor of Climatology in the Department of Geography and a retired Adjunct Professor in the Department of Applied Economics and Statistics at the University of Delaware.
Wendy M. Novicoff is Assistant Professor of Health Evaluation Sciences in the School of Medicine at the University of Virginia.
EnergyEnergy and the EnvironmentEnvironmental Law and RegulationScience and Public Policy

RELATED
There Are 8 Billion People. We Should Celebrate Superabundance, Not Lament ‘Overpopulation’
Where Is the Free Market Utopia?
On Gas Prices, Simple Economics Trumps Biden’s Partisan Agenda
The Bicycle Lobby Goes Back to the Federal Trough
Is This the End of the U.S.-Saudi Partnership?