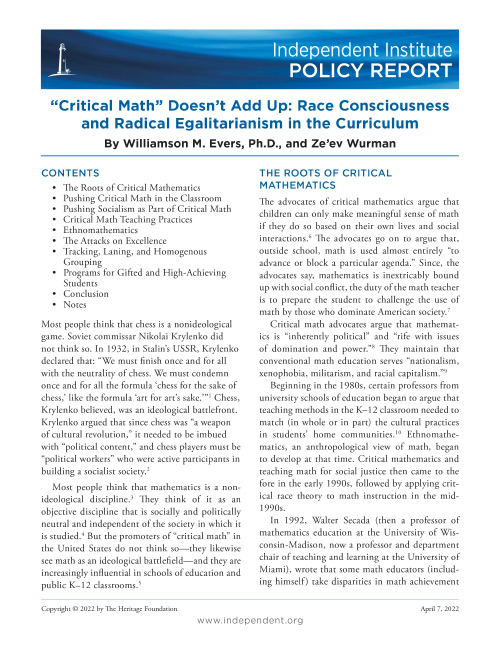 All too often in K-12 classrooms, we find Che Guevara as an icon in progressive teaching of math, claims of the supposed evil of Mercator-projection maps on the wall, and students being taught time-consuming Mayan math.

Most people think that mathematics is a nonideological discipline. They think of it as an objective discipline that is socially and politically neutral and independent of the society in which it is studied. But the promoters of “critical math” in the United States do not think so—they see math as an ideological battlefield—and they are increasingly influential in schools of education and public K–12 classrooms.

Critiques of mathematics by racial justice activists and ethnomathematicians have little to do with actual mathematics or mathematical learning and everything to do with undermining the discipline of mathematics in the name of social justice and racial equity and combating an ideologically conceived “white privilege.” One can find nary a real mathematician or scientist who supports this doctrine of “critical” or “equity-based” math. It is instead supported by professors in teacher-training programs and by identity-politics activists from various social disciplines.