Gun Control and the Subway Class: News: The Independent Institute

The legality of the actions of the "subway vigilante" cannot be determined until all the facts are in. What is already clear is that the New York officials denouncing him misconceive the law of self-defense. The term "vigilantism" is bandied about as if there were some basic distinction between the use of force by police and by citizens—or something wrong about citizens defending themselves. Of course it is wrong for either citizens or police to take the law into their own hands, to injure as a form of summary and private punishment, rather than only as necessary to repel crime. Such is the essence of vigilantism, and, in this century at least, it is a phenomenon associated more with our police than our citizenry. After all, the armed citizen knows that if he shoots, his claim of self-defense will be rigorously and scrupulously investigated, whereas police excess of force is regularly whitewashed.

A subway rider attacked by armed criminals has every right to shoot in self-defense. But New York City effectively prohibits him from carrying a gun to shoot with. Indeed, a first-offense mugger generally will receive less actual jail time than New York makes "mandatory" for the subway rider who carries as gun—unless the rider has a gun permit. The cruel irony is that (notwithstanding the city’s failure to protect him) the kind of citizen who rides the subway does not have the extraordinary influence necessary to get a gun permit in New York City.

The secrecy in which the Police Department has long held the permit list became understandable when in 1981 the courts ordered the list’s disclosure to the media. The New York Daily News summarized those listed as "entertainers, publishers, media stars, politicians of all stripes..." Privileged to receive carry permits were the late Arthur Godfrey, Laurence Rockefeller, Lyman Bloomingdale, William F. Buckley Jr. and a host of less known luminaries, some of them public supporters of the anti-gun movement. Probably the most striking example of such a contradiction was Arthur Ochs Sulzberger, publisher of The New York Times—which editorialized that "most civilians, whatever their income level, are likely to lack the training and alertness (to use) a gun to stop an armed criminal." (The Times has resolved the contradiction by deciding the story about privileged and prominent anti-gun permit-holders is not fit to print.)

The point is not simply that New York City’s harsh gun laws (it is somewhat less arduous to obtain a permit for a gun in one’s home) leave loopholes for the influential, powerful or wealthy; such people find loopholes in any law. The point is that such loopholes have particularly corrosive effects on gun laws. How can citizens condemned to live in dangerous areas and ride unsafe subways be persuaded to give up their handguns they believe essential to their families’ security when people who travel in limousines and live in high-security buildings can keep theirs? How can that belief be eradicated when opinion leaders who publicly disparage it turn out to hold it themselves?

In any event, citizens are right to believe that handguns have essentially the same defensive value for them as fr the police. A nationwide comparative study conducted by Mr. Kates at St. Louis University School of Law found that police succeeded in shooting, wounding or driving off criminals 68% of the time, while 83% of the armed citizens succeeded; 21% of the officers and 17.8% of the citizens were wounded or killed. Incidentally, 11% of the police shootings but only 2% of those by armed citizens involved innocent people misidentified as criminals.

Criminological studies also demonstrate that citizens are more likely than police to need a handgun for self-defense. Particularly in urban areas, armed citizens annually encounter, and kill, as many as three times more violent felons than do police. Using survey data (collected, incidentally, not by the gun lobby but by anti-gun organizations), criminologists conclude that instances of lawful defensive gun use by citizens each year actually exceed gun misuse by felons.

Surveys of prison inmates confirm the frequency of criminals being routed by armed citizens—so much so that many felons eschew violent crimes like robbery in favor of non-confrontational ones like auto theft. From a recent nationwide survey of state prisons, Massachusetts University’s Social and Demographic Research Institute estimates that there would have been about 50,000 more violent felonies each year but for criminals’ fear of armed citizens.

As to whether handgun availability causes domestic and acquaintance violence, the most exhaustive and comprehensive study is the one recently done for the Justice Department. Painstaking analysis of the entire corpus of scholarly literature through 1978 caused the panelists to repudiate the anti-gun feelings they admittedly started with: "There is no persuasive evidence that ... criminal violence, especially homicide, occurs simply because firearms are readily at hand [or] ... that much less homicide would not occur were firearms less readily available."

Supporters of handgun prohibition forfeit the argument by claiming that it will reduce the acquaintance and domestic homicide they blame on the ordinary citizen, while conceding it will not disarm criminals. It is not the ordinary citizen, but rather the most aberrant and unstable among the criminals who kill relatives and acquaintances just as they occasionally kill the stranger they rob or rape. Two-thirds of all murderers had prior major felony records; and research about the other third shows them to be just criminals against whom charges were never brought. For instance, a Kansas City study found that in the two years previous to 90% of domestic homicides, police had had to be called to the individual perpetrators’ homes to stop beatings; in 50% of the cases, there had been five or more prior police visits in two years. Criminal violence is something ordinary citizens use handguns to defend against, not to commit.

Of course all guns (not just handguns) should be stringently prohibited to felons, juveniles and the mentally unstable. Mandatory minimum jail terms for theft or fencing of guns also deserve experimentation. Moreover, even for responsible citizens, strict, nondiscriminatory regulation of who may carry a gun is necessary.

The citizen who carries a gun on the street faces a much different situation than in his home, where he may reasonably presume that the felon breaking in is dangerous. Carry permits should be issued only to those who (regardless of their wealth, prominence, or influence) can pass a detailed, written test on how our law restricts the use of deadly force in various situations.

Rational gun control is a necessity. But New York City’s long history of prohibiting ordinary, responsible adults the only realistic means of self-defense is not rational. The criminological evidence suggests that issuing carry permits to qualified, responsible citizens could substantially reduce subway violence. Before rejecting this in horror, New York officials should reflect on the proven failure of approaches that have so far appealed to them.

Don B. Kates, Jr. (1941–2016) was a criminologist, a constitutional and civil liberties lawyer, and a Research Fellow with the Independent Institute. 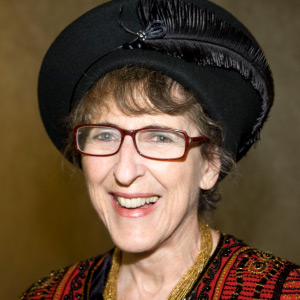 Carol Ruth Silver is an American lawyer and civil rights and civil liberties activist and former Fellow at the John F. Kennedy School of Government at Harvard University.

RELATED
Hulu’s 1619 Project Docuseries Peddles False History
Paul Volcker’s Recipe for Prosperity
Ownership, Control, and Reform: Market-Based Approaches to Universities
Concentrate Where the Murders Are Concentrated
Four Ways to Get What You Want
The Cost of San Francisco’s Reparations Proposal: Nearly $600,000 Per Household
What the Populists in Congress Get Right and Get Wrong
A Dispatch from the Corporatized Dystopia: Bring on the Chains!
Debt Ceiling Kabuki: Republicans Will Cave and U.S. Government Finances Will Get Even Worse
Texas Conservatives Should Not Support Banning Land Sales to Foreigners
Reckless Reparations Reckoning
San Francisco Falls Into The Abyss