Prince Caspian Rides Out Against Tyranny: News: The Independent Institute

Prince Caspian is woken by his tutor, Dr. Cornelius, in the middle of the night and taken up the dark stairway of a tower. There he sees the conjunction of two planets: “Tarva, the Lord of Victory, salutes Alambil, the Lady of Peace.” According to Cornelius, “Their meeting is fortunate and means some great good for the sad realm of Narnia.”

For that deeply troubled world, it is a memorable moment from the second book in C.S. Lewis’s best-selling series, The Chronicles of Narnia. This scene will have a prominent place in the new film version of Prince Caspian, to be released on Friday.

One such thing it tells us to avoid—and where necessary to engage and defeat—is tyranny. In Prince Caspian, Narnia suffers under a cruel, murderous tyrant, Miraz. His regime is not just an awkward political fact; it is a natural outrage. The health of each citizen and the Narnian universe is threatened by his dictatorship. To overthrow Miraz is a just act, in accordance with the true nature of things, which is why the Narnian planets foretell his downfall. As surely as fever in the human body is signified by a high temperature, so abuse of power in Narnia is signified by ominous portents in the heavens.

Lewis wrote Prince Caspian because he believed that in the real world, too, evil behavior has a natural payback. There is a moral cosmos, as well as a physical cosmos. This sort of belief is easy to caricature. Crackpot preachers are often quick to attribute the latest disaster to that human sin that happens to be their particular bugbear.

But the caricature does not replace the real thing. Although it may be difficult to see hard-and-fast links between one particular evil and one particular disaster, most people do believe that our actions are not consequence-free. You pollute the atmosphere, and you poison yourself as well as others. You pollute the moral order, and sooner or later you will kill yourself. Chickens do indeed come home to roost. If you act tyrannically, you will suffer for it ultimately as the natural moral law plays out.

This does not mean that one kind of tyranny is replaced by another. It means that strength can be justifiably put in the service of liberty and justice to restore the natural rule of law. As a seriously wounded veteran of World War I, Lewis knew all too well the horrors and stupidities of armed conflict. And, he was most certainly no warmonger. But he also felt that war could sometimes be warranted.

War should be a last resort, declared by lawful authority and conducted according to the natural moral law: It should be defensive, not imperialistic, and there should be limits to one’s war aims, a fair chance of success, no torture of prisoners, no slavery, full personal accountability for the acts of those engaged, no intentional “collateral damage,” and mercy and reconciliation after the conflict ends. These constraints define, for Lewis, what chivalry was all about—that tradition of gallantry that he felt had all but been forgotten in the modern era: the noble knight in selfless defense of a just cause to protect liberty and justice for the innocent.

The world of Prince Caspian is not a chaos, but a cosmos, a carefully structured world, both morally and materially, in which all individuals and events have spiritual significance. The story reflects Lewis’s belief that the real world, too, is ordered and coherent, all the way up to the planets and stars. “The heavens are telling the glory of God,” according to the words of his favorite Biblical psalm. It is the glory of God’s natural law, he believed, to pull down the overly mighty from their thrones and exalt the humble and meek. The knight saves us from a world “divided between wolves who do not understand, and sheep who cannot defend, the things which make life desirable”—so Lewis wrote in “The Necessity of Chivalry.” And the lessons of chivalry, mercy, liberty and justice from Prince Caspian are more than ever necessary in our troubled world today. 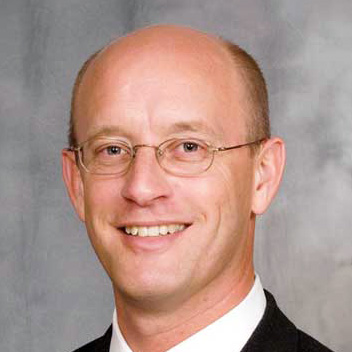 Michael Ward is a Research Fellow at the Independent Institute, Professor in Apologetics at Houston Baptist University, and Director of the C.S. Lewis Centre in Oxford, England.
Civil Liberties and Human RightsCulture and SocietyDefense and Foreign PolicyEntertainmentLaw and LibertyPhilosophy and ReligionTerrorism and Homeland Security

Americans’ Right to Worship Is Being Denied by Governments. I Won’t Be Silent Anymore.