When California Gov. Gavin Newsom and California Republicans agree on something, it’s probably best to listen.

What they agree on is opposing Proposition 30, which is on the ballot in November. If passed, the proposal would increase the annual tax on personal income above $2 million by 1.75%, shifting that tax revenue to zero-emission vehicle subsidies, electric-vehicle charging stations and wildfire suppression and prevention initiatives (among other government programs). Projected to raise up to $5 billion in new tax revenue each year, Proposition 30 effectively would be an annual fee paid by California millionaires for climate-change programs.

Behind the measure is Lyft, the ride-sharing company. It has bankrolled Proposition 30 to the tune of $25 million (and counting). And Lyft’s support is no coincidence: all ride-sharing companies that operate in California are required to transition their fleets to zero-emission vehicles by 2030. The clock is ticking, hence the incentive for Lyft to back a taxpayer-funded “clean energy transition.”

Joining forces with the California Republican Party, California Small Business Association and California Teachers Association (quite the alliance), Newsom views the ballot measure as a corporate giveaway masquerading as environmental do-goodery. In his words, “Proposition 30 is a Trojan horse that puts corporate welfare above the fiscal welfare of our entire state.”

Newsom accuses Lyft of attempting to “funnel state income taxes” to corporate coffers directly or indirectly. And he’s not wrong. Proposition 30 would only expand crony capitalism in California.

But the real problem is much bigger, and it’s been a uniquely Californian problem for years: the reckless impulse to tax, spend, tax and spend some more. The state’s budget for this fiscal year clocks in at $300 billion, nearly $40 billion of which will be spent tackling climate change. That $300 billion is already more than the entire annual economic outputof Finland, Iran, Portugal, Romania or the Czech Republic. It’s roughly equivalent to the likes of tourist-filled Greece and oil-rich Kuwait—combined. And the environmental portion alone is on par with the national economies of Latvia or Paraguay.

California’s budget for the 2022–23 fiscal year could cover a $7,500 vacation for every Californian. It could also pay for more than 6 million Tesla Model 3s—enough for everyone ages 25 to 34 in the state. California’s boondoggle of a high-speed rail project will cost a third of today’s total state budget (and a problem in itself).

Of course, government spending is derived from taxpayer funding. And California taxes the living daylights out of its residents, nearly two-thirds of whom complain that their taxes are too high.

When is enough enough?

The Golden State already has America’s highest state personal income-tax rate at 13.3%. Hiking the top rate by another 1.75 percentage points would do nothing to reverse the population exodus that has plagued California during the COVID-19 pandemic. From Elon Musk and Joe Rogan to Ben Shapiro and countless other entrepreneurs, the California brain drain is real, with about 6 million people leaving the state over a decade. It’s also worth noting the hundreds of companies that have moved their headquarters and countless jobs out of California.

As of January 2022, the Golden State has proven to be not-so-golden since the onset of COVID-19, losing more than 352,000 residents. Gains for Florida and Texas were losses for California.

A state in desperate need of private-sector rejuvenation has instead become a poster child for poverty, homelessness and sky-high housing costs. Proposition 30 would do nothing to stem the tide; to the contrary, it would incentivize those with means to take their money, creativity and effort elsewhere.

Listen to Gov. Newsom and the Republicans. Vote no on Proposition 30. 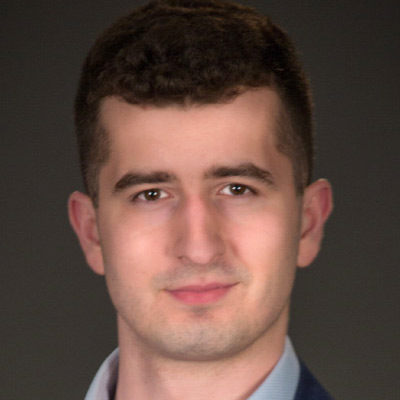 RELATED
Race Everywhere
Hulu’s 1619 Project Docuseries Peddles False History
Paul Volcker’s Recipe for Prosperity
Ownership, Control, and Reform: Market-Based Approaches to Universities
Concentrate Where the Murders Are Concentrated
Four Ways to Get What You Want
The Cost of San Francisco’s Reparations Proposal: Nearly $600,000 Per Household
What the Populists in Congress Get Right and Get Wrong