‘Stimulus’ Does Little for Jobs: News: The Independent Institute

The Biden administration says if Congress passes the proposed $1.9 trillion Covid relief bill, we won’t have to “wait for years for the economy to return to full employment,” as two members of the Council of Economic Advisers put it in a recent White House blog post.

It’s the right goal. In April 2017, the unemployment rate dipped below what the Congressional Budget Office projected as full employment. It stayed there until the pandemic. That created intense competition for employees and drove wage growth at or above 3% for 20 consecutive pre-pandemic months. By 2019 median family income hit a record high, the poverty rate declined to a record low, and income inequality decreased for the second year in a row.

The jobs picture is all but certain to improve in a year when people are getting vaccinated and states are opening their economies. The labor market will improve in the coming months if the government does nothing. But massive spending will hurt more than it helps.

Business owners recognize that government spending can put more money into circulation and may result in increased sales. But they also know that government largess—no matter how generous—is finite. If you believe a revenue source is going to dry up, you don’t invest in growth and hiring based on its continuing.

Say you owned a restaurant and sales increased because your competitor next door burned down, but he had insurance and would rebuild. You’d certainly appreciate the increased sales, but you wouldn’t hire more permanent employees, because you know the increased revenue is temporary.

As CEO of CKE Restaurants (owner of quick-service brands Carl’s Jr. and Hardee’s), I saw this play out during the Obama era. The month President Obama took office, his economic advisers issued a report arguing for massive government stimulus to revitalize the economy, much as President Biden’s advisers are doing today. The Obama team’s analysis included a chart showing that with this “stimulus,” unemployment would remain below 8%.

Congress obliged, passing an $800 billion stimulus bill in February 2009. Unemployment hit 8% that month, rose to 10% by October, and remained above 8% for 43 consecutive months, or more than 3½ years.

Progressives claim the Obama stimulus failed to produce the anticipated results because it was too small. The real problem was that businesses were reluctant to invest and grow based on temporary revenue. Adding increased taxes and regulation to the mix, as occurred during the Obama era and as Mr. Biden has promised, further discourages job growth.

Two other aspects of the Covid-19 relief bill exacerbate the problem: a minimum-wage increase, which would kill low-wage jobs, and an increase in the federal unemployment-benefits enhancement from $300 to $400 a week, which would reduce incentives to work.

As we come out of the pandemic, the labor market will improve. But getting back to full employment requires a return to what got us there in the first place—tax, regulatory and energy policies that encourage, rather than discourage, growth. 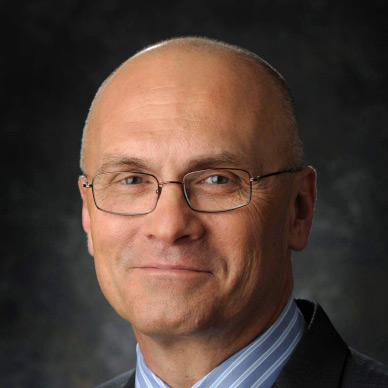 Andrew F. Puzder is former Chief Executive Officer of CKE Restaurants and a Senior Fellow at the Pepperdine School of Public Policy.

RELATED
The States that Are Falling Behind in Economic Freedom
Race Everywhere
Paul Volcker’s Recipe for Prosperity
Ownership, Control, and Reform: Market-Based Approaches to Universities
Four Ways to Get What You Want
The Cost of San Francisco’s Reparations Proposal: Nearly $600,000 Per Household
What the Populists in Congress Get Right and Get Wrong
A Dispatch from the Corporatized Dystopia: Bring on the Chains!