A World without Billionaires Would Be Brutal: News: The Independent Institute

Billionaires should not exist. At least that is what Democratic leaders like Sen. Bernie Sanders and Rep. Alexandria Ocasio-Cortez think. Both have argued that a society that allows billionaires to exist is fundamentally “immoral.”

They aren’t the only ones who feel this way. Now a year into the COVID-19 pandemic, many remain jobless. People worry about keeping a roof over their heads and food on their tables. Some are quick to vilify billionaires like Amazon’s Jeff Bezos, Facebook’s Mark Zuckerberg, or Microsoft’s Bill Gates for earning seemingly obscene profits while millions around the world suffer real hardship.

Instead of blaming the ultra-wealthy for the world’s problems, individuals like Sanders and Ocasio-Cortez owe billionaires an apology. Instead of calling on the government to strip billionaires of their wealth, we should be thanking them for making life immeasurably better—not worse. Moreover, we should thank them for making life better for everyone, not just for some.

This may sound crazy. How could business people with so much wealth be credited with benefiting poorer people? Do their billions not indicate that others have lost, that the rich have exploited the less fortunate?

Not in the slightest.

In a free society consumers decide where to spend their money. So the only way to earn a living is by providing a good or service that people want to buy. This is why the late economist Walter Williams referred to dollars as “certificates of performance.” People offer their cash to those who provide something of value.

Consider what companies like Amazon, Microsoft, and Google have done during the pandemic. COVID-19 has caused millions of people to stay home so they could stay safe. But being at home didn’t mean that people stopped needing basic goods. Companies like Amazon have stepped in, bringing goods from food to diapers to millions sheltering in place. For those at highest risk from COVID-19, this can be the difference between life and death.

The pandemic also forced schools to shift to remote instruction and companies to conduct operations from home. New ways had to be learned—fast. Companies like Microsoft, Google, and Zoom answered the call, quickly expanding their platforms to make virtual classrooms, boardrooms, and dinner tables possible around the world.

During hard times many people lean on friends and family for support. But social distancing and travel restrictions makes this difficult or impossible. Thankfully, the same platforms, along with social networks like Facebook, have offered the millions stuck at home the ability to keep connected with family and friends while staying healthy. These platforms also provide critical information about the pandemic.

People are quick to point out that the wealth of billionaires has grown tremendously as a result. It’s estimated that Jeff Bezos’s wealth has increased by $90.1 billion during the pandemic. Zoom CEO Eric Yuan’s wealth has swelled from $5.5 billion to $22.3 billion. Some say that’s unfair or even offensive. But consider the value that Bezos’s company provided by reliably supplying hundreds of millions of people around the world with quick and affordable access to over 12 million different products. Think about how Yuan’s platform has offered millions of children a way to continue their education, millions of workers a means of remaining employed, and millions of people a way to stay connected.

Most would agree that 2020 was a tough year. Imagine how much tougher it would have been if it weren’t for the services provided by companies built by people who then became billionaires. Imagine how last year would have been without Amazon, Zoom, Microsoft’s Skype, or Facebook, and the rest.

Directly or indirectly, billionaires and their companies provide the services that we’ve come to rely on in our day-to-day lives. As a result of their efforts, billions of people around the world live better lives than they otherwise would have. Billionaires serve us all. They earn their certificates of performance. It’s high time we thanked them.

Abigail R. Hall Blanco is a research fellow at the Independent Institute, and an associate professor of economics at Bellarmine University. 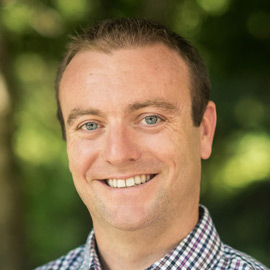 Dear Students: Here Are Ten Ways to Get Your Financial House in Order

When Is Short Selling Fraudulent?

Economic Impromptus from the Ordinary Business of Life: A Trip to the Park

Biden: ‘Forgive Us Some of Your Debts, but Not All of Them’

Are We Really a People in Crisis?