How to Stem the Tide of Socialism: News: The Independent Institute

The new popularity of socialism concerns many Americans enough that they are willing to invest time or money to stop it.

But what kind of investment?

The long-term investor bets on education: Teach youngsters or adults about socialism’s perils, and pray that common sense eventually kicks in. The short-term investor opts to act now, investing in political campaigns to defeat, say, Bernie Sanders. The short-term choice appears more attractive—especially in an election year. After all, spending on politics may bring success within a short 10 months. Spending on history, economics or philosophy may not see any result for decades. By the time those results emerge, if they ever do, the original investor may be long forgotten.

In this context one story of a long-term effort to halt socialism warrants retelling. It starts with an executive who worked at General Electric in the 1950s named Lemuel Boulware.

Back then, as now, progressives were proposing expansions in health care, welfare and school spending. Then, as now, the ideas were not presented so much as true socialism, as mere social democratic expansion. Boulware, however, argued that a growing government endangered capitalism. The U.S. might never consciously choose socialism, the executive argued, but it could one day discover that progressive compromises with socialism had taken us there, anyhow.

What better leader for an anti-socialist campaign of enlightenment than GE, a pristine, highly regarded company?

Boulware created his own propaganda shop, mimeographing out newsletters, printing up booklets and handing GE employees copies of free market tracts. Boulware also hired an aging actor to give speeches, hundreds of them, to GE employees. As it happened, the actor started out a rock-ribbed Democrat. But he came to see some merit in the free-market arguments, and even developed his own, whether against socialized medicine or government-created entities such as the Tennessee Valley Authority. GE gave the actor his own TV show, GE Theater, to showcase individual initiative and the dangers of socialism. In one episode, the actor played a Soviet officer tasked with putting down dissidents in a Hungarian town.

Many observers found Boulware’s campaign extreme. Even within the ranks of GE, executives complained. GE’s business was booming. It didn’t seem to the executives that capitalism needed saving. And 1961 brought disaster to Boulware’s shop. The Justice Department charged GE with fixing prices on products it sold to the Tennessee Valley Authority. GE was price fixing.

The irony was rich. GE wasn’t merely warning about the TVA. It was cheating the TVA, and with it, the American taxpayer. GE executives went to jail. Boulware retired to Delray Beach, Florida. GE Theater was canceled, and the actor fired. In the 1960s, the Administration of President Lyndon Johnson introduced, and passed, all the government expansions Boulware and his actor had warned about.

The entire effort seemed for naught.

Or maybe not. For the actor, whose name was Ronald Reagan, had become a true convert. Aging out of show business, Reagan dusted off his old GE stump speech and delivered it on national television in 1964. “A Time for Choosing,” as the speech came to be known, launched Reagan’s political career, helping him win the California gubernatorial election in 1966.

As Johnson’s Great Society unfolded, Reagan became its most popular critic. The same principles in which GE had tutored Reagan and employees became the basis for Reagan’s presidential victory in 1980. Reagan reversed the political tide—and shifted the American view of government as well. In short, GE’s little propaganda had paid off, not merely well, but exponentially.

Thoughtful and nonpolitical education can sometimes yield a greater result than any PAC or campaign ad. Those who turn against the long-term bet may want to reconsider—and at least tip their hats to one Lemuel Boulware. 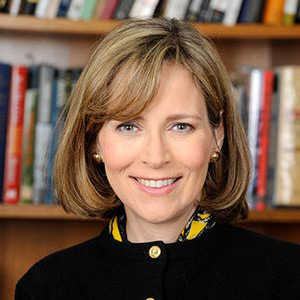 Amity R. Shlaes chairs the board of the Calvin Coolidge Presidential Foundation, is author, most recently, of Great Society: A New History. She will be speaking in Oakland at the Independent Institute event, “War on Poverty or War on the Poor?” on Jan. 14, 2020

RELATED
FBI, R.I.P.?: The agency has become dangerous to Americans and an existential threat to their democracy and rule of law.
Pelosi’s Taiwan Trip Heightens the US-China Perceptual Dilemma
Floating Exchange Rates Add to Economic Uncertainty
Better Solutions for Rx Problems
Why We Lost Trust in the Expert Class
The Supreme Court and the Due Process Clause
Remembering Great American Bill Russell
The Government Runs the Ultimate Racket