Rep. Jim Banks, R-Ind., has introduced legislation in the U.S. House of Representatives that could improve the lives of thousands of children in the District of Columbia by offering them alternatives to unsafe school environments.

Under his proposal, Child Safety Accounts would be available to all D.C. students facing a “safety issue” at school after their parents file a request with school administrators. These issues include bullying, sexual misconduct, harassment, abuse, fighting or physical assaults on the student, and concerns over gang activity or drug usage at school. Families could also receive a CSA if there is unease over food allergy or other health-related safety issues.

CSAs would allow parents to pay tuition and fees at qualified private schools, as well as for tutoring services, textbooks, transportation costs, and therapy costs to cope with a safety incident.

Programs that give children a lifeline out of a school where they feel unsafe are disturbingly necessary. Data recently published from the National Center for Education Statistics show there were 827,000 total incidents of theft and non-fatal violent victimization on school property in 2016–17, or 33 incidents for every 1,000 students. “Violent victimization” includes simple assault, aggravated assault, robbery, sexual assault, and rape. A little more than one in five students aged 12 to 18 reported being bullied at school in 2017, and 69% of those students reported being bullied multiple times. Another 15% reported being electronically bullied in 2017.

In D.C., NCES and the Centers for Disease Control and Prevention report almost one in 10 D.C. high school students were threatened or injured with a weapon on school property in 2017.

Students aren’t the only ones concerned about their safety. A 2018 Phi Delta Kappa surveyreveals 34% of parents answered they are afraid for their child’s physical safety while they attend school. This number rises to 48% for parents earning less than $50,000 per year. More than 40% of nonwhite and urban parents also report having these fears.

The federal Every Student Succeeds Act permits students to transfer to another public school under ESSA’s Unsafe School Choice Option provision, but only if their current public school meets the state definition of a “persistently dangerous” school. Because states define unsafe schools so narrowly, fewer than 50 American public schools out of nearly 100,000 are labeled “persistently dangerous” each year. D.C. does allow intradistrict public school transfers, but under limited circumstances. Basically, unless their parents win the lottery for an Opportunity Scholarship voucher, and fewer than 1,700 do, low-income D.C. children are stuck in a school that is dangerous for them.

Adding insult to injury, while many D.C. public schools aren’t keeping their students safe, they’re also failing to adequately educate them as well. Only 21% of D.C. children test “proficient” in math on the National Assessment of Educational Progress by the time they reach eighth grade. The same holds true for only 20% of students in reading. Keep in mind the District spends more than $27,000 per pupil, more than any state and 106% higher than the national average. Obviously, D.C. schools are not getting great bang for the buck.

District of Columbia Public Schools are failing to protect the children under its care and is not properly educating them either. This is precisely why Banks’ CSA program is needed. Under the status quo, the system only effectively allows wealthier D.C. families to move their child to a safer school when they feel it is imperative. This privilege should be available to all District families, as every child deserves to have the resources available to allow them to escape an unsafe school environment. 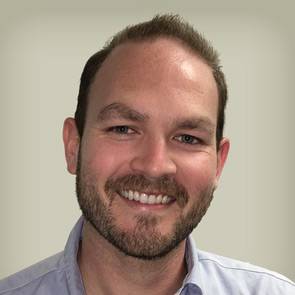 RELATED
End the COVID National Emergency Now
Why Doesn’t This Economist Want His Daughter to Be a Feminist?
As California Schools Fall Even Further, A Charter School Shows How To Succeed
Why Do Progressives Support Democrats? Part Two
Why Do Progressives Support Democrats? Part One
Vote Like a Woman: When You Vote, Remember Who Has Recently Most Hurt Women
Permissible and Impermissible Incendiary Speech?
Michael Bloomberg Has Become the Advocate that Higher Education Needs the Most
CA Propositions 26 and 27 Are More about Protectionism than Gambling
No on Prop. 31: Big Police Can Be Worse than Big Tobacco
Why Proposition 13 and Attacking It Are Both Popular
Collegiate Complicity in the Erosion of American Identity