Today, I am 40 years old. Here are three things I’ve achieved that relatively few people throughout history have done: 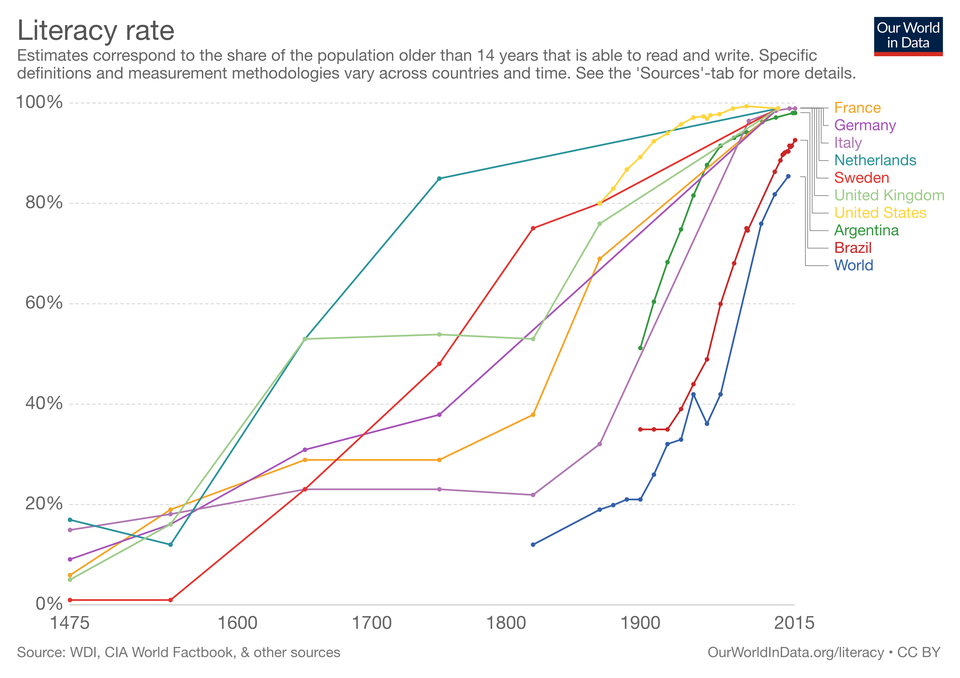 Something I’m celebrating at 40: the ability to read and write.

There is a lot more to celebrate, like higher income, more and better food, clean and comfortable housing, dentistry, communication technology that allows me to deploy my luxury of literacy in conversation with friends and acquaintances around the world, a “hair metal” station on Amazon music, and a supercomputer I can carry in my pocket that gives me pretty much any piece of information I want, whenever I want it. And most importantly, these previously-unattainable luxuries are steadily making their way into the hand of even the world’s poor. And that, if nothing else, is something worth celebrating.

Email
Culture and SocietyEconomistsEconomyFamilyPhilosophy and Religion

RELATED
Liberals Attacking Economists Should Check Their Student Loan Hypocrisy
Inflation Will Hit Universities Hard
Student Loan Handout—Illegal, Inflationary, Immoral, Inequitable and More
Can the U.S. Become Exceptional Again?
Why We Lost Trust in the Expert Class
The Government Runs the Ultimate Racket
A Recession by Any Other Name
Supreme Court Usefully Points Out Erosion of Founders’ Vision of the Constitution