A Better Way to Spend Our Education Dollars: News: The Independent Institute

With the recent release of a study on education spending, many are reiterating a hackneyed conclusion: that the U.S. needs to funnel more money into schools.

The study, from the Institute for Health Metrics and Evaluation at the University of Washington, compared human capital, or the quality of a country’s workforce, in different developed countries. Human capital is important, the study explains, because countries with greater human capital experience faster economic growth per capita—meaning more jobs, better wages, and more affordable goods and services.

The researchers determined the quality of a country’s human capital by looking at years of educational attainment, student performance on tests, and health factors. Based on these indicators, the study found that the U.S. dropped from a 6th place international human capital ranking in 1990 to a 27th place ranking today.

“The decline of human capital in the United States was one of the biggest surprises in our study,” said Dr. Christopher Murray writes. “Our findings show the association between investments in education and health and improved human capital and GDP—which policymakers here in the U.S. ignore at their own peril.”

In response to the study, some media outlets are now calling on the U.S. to spend more on education. But they’re mistaken: The issue isn’t how much we’re spending, it’s how we’re spending. So before we run to our checkbooks, let’s remember that investment doesn’t always mean spending more—it often means spending better.

The study offers some insight into how the U.S. can be smarter in its spending. The 10 countries found to have the greatest human capital were Finland, Iceland, Denmark, the Netherlands, Taiwan, South Korea, Norway, Luxembourg, France, and Belgium.

If spending is America’s problem, then these top-performing countries should be the biggest education spenders out there.

Of these 10 countries, only two—Norway and Luxembourg—spend more than the United States on education, according to data from the Organization for Economic Cooperation and Development. For example, Finland, the study’s top performer in terms of human capital, spends $2,425 less than the U.S. on primary education, $2,602 less on secondary education, and $16,426 less on tertiary education per student.

So if spending is not the problem with education, what is?

The report reveals that, in terms of human capital, the best performing countries are not investing more than the United States—they’re investing in different education programs.

Finland, for example, provides advanced vocational training programs, where students can complete core curriculum coursework while participating in publicly-financed, on-the-job training programs of their choice. Today, 45 percent of Finnish high school age students are enrolled in such programs, one of the highest vocational education enrollment rates among member countries in the Organization for Economic Cooperation and Development.

Iceland, the number two country in human capital, also offers a vocational education track for students, as do Denmark, the Netherlands, and other top-performing countries.

The United States would do well to learn from our friends abroad who are making vocational training accessible to students. Introducing education savings accounts in states across the country would offer students needed professional learning opportunities without increasing the price tag for U.S. taxpayers.

Today, to fund elementary and secondary education, the United States spends $11,762 per student annually. This funding is largely directed to public schools. In 2017, for example, only 0.3 percent of U.S. education spending went to vocational training.

Students using education savings accounts to pay for skills training would benefit from greatly-improved employment opportunities. After all, the Bureau of Labor Statistics projects that technical occupations will account for one-fifth of all new jobs by 2026. And the Finnish example suggests that successfully incorporating vocational training programs could increase student educational attainment and training, improving human capital and per capita economic growth—making the U.S. richer and more productive in the process.

The United States must stop pouring more tax dollars into a failing education system without improving the system itself. Taking a cue from international leaders in encouraging vocational training through the use of education savings accounts would help us do just that. 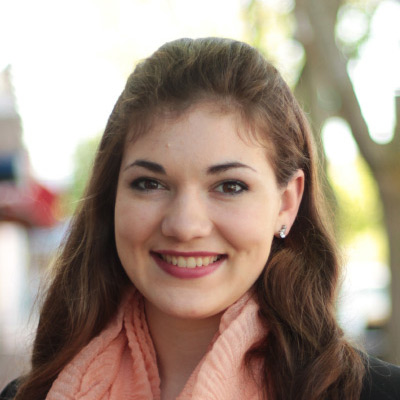 RELATED
Race Everywhere
Ownership, Control, and Reform: Market-Based Approaches to Universities
What the Populists in Congress Get Right and Get Wrong
Reckless Reparations Reckoning
Who Is ‘Accountable’ to Whom?
Sins Against Children: On America’s moral compass in the face of Covid.
Why Are Politicians Ignoring the Elderly?
Wanted: A Successful Collegiate Rent-Seeker
The Baleful Cargo of Woke Diversity Worship
When Will Academia Account for Its Covid Failures?
Are Universities Doomed?: Elite university degrees certify very little. And the secret is out.
10 Steps to Save America: Yes, there is a way. But is there the will?