When I found my first job in China in 2007, it was easy to have the sense that China’s economy was too good to be true. I came to China from a career covering banking and finance in Europe. I had
a decent idea of how the commanding heights of the economy were supposed to work, and China’s economy didn’t work that way.

Chinese banks lent to state-owned enterprises that were chronically inefficient and often lost money, while the country’s robust export sector was severely underfinanced. Major government projects, like China’s high-speed rail system, would end up poorly functioning and wildly over budget. Yet despite all this and more, the economy was growing 10 percent a year. At some point, the system had to break down.

Then, it didn’t. Over the next two years, the population of China living in poverty dropped by 50 million people.

Between 1978 and 2012, the population of China’s cities grew by half a billion people, swollen by more than 260 million economic migrants moving to urban centers to look for new opportunities.

A worker moving from the farm to a factory could see his or her income grow by 500 percent. A decade earlier these workers were living in rural villages, worrying about having food to eat, heat for the winter, and proper sanitation. Now they were trying to figure out what sort of phone they could afford and how they could sell their skills to a more competitive buyer. Most importantly, they worked. The new urbanite would make goods that otherwise would not have been made, or provide services that otherwise would not have been provided.

The impact of China’s Great Migration has been profound. Migrant workers allowed China to grow despite chronic problems in the country’s underdeveloped financial system. China’s Great Migration forced the government to open the country to private enterprise and reform its fiscal system to be friendlier to independent businesses and urban development. The poor in China continue to serve as a free-market counterbalance to the government’s ongoing efforts to control and restrict economic activity.

China’s restrictions are not unique. Many countries discourage internal migration by limiting urban construction, putting soft restrictions on employment, and controlling the trade in rural land. For millions of people in India, Africa, and even Latin America, these roadblocks are the difference between worrying about having food to eat, heat for the winter, and proper sanitation, and worrying what sort of phone they could afford and how they could sell their skills to a more competitive employer.

Migration policy not only deserves attention, it deserves urgency. 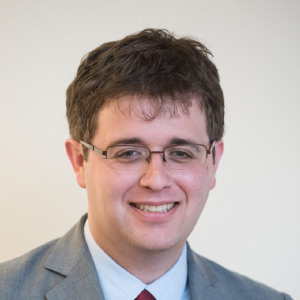 Bradley M. Gardner is a Research Fellow at the Independent Institute.

RELATED
The GOP Needs to Go Back to Sound Principles on Free Enterprise, Small Government, and Legal Immigration
Fine. Blame Ticketmaster for the Taylor Swift Fiasco, but Don’t Overlook the Fundamental Cause.
Can’t Get Taylor Swift Tickets? Blame Other Fans, Not Ticketmaster
Let Them Compete: Labor Markets Are Workers’ Friends, Not Their Enemies
Why Doesn’t This Economist Want His Daughter to Be a Feminist?
As California Schools Fall Even Further, A Charter School Shows How To Succeed
Why Do Progressives Support Democrats? Part Two
There Are 8 Billion People. We Should Celebrate Superabundance, Not Lament ‘Overpopulation’ 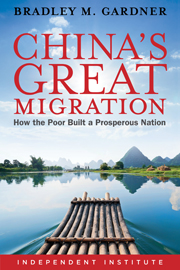