In early 2020, COVID-19 emerged from China. In response, and at the urging of the World Health Organization (WHO), governments across the globe, including those in the United States, kicked into high gear their regulatory machinery. Citizens were ordered to stay-at-home and, as designated by officials, shutter all schools and “non-essential” businesses, restrict travel, and ban religious, sports and other events.

This event featured Independent Institute Executive Director Dr. Graham H. Walker interviewing Independent Senior Fellow Christopher Coyne to discuss Independent's shocking new article on the alarming extension of government power in the U.S.—the long-term consequences of which are devastating to civil society, economic welfare and the rule of law. So say the article's authors in The Independent Review, the peer-reviewed journal on political economy of the Independent Institute.

In “Infectious Diseases and Government Growth,” (The Independent Review, Spring 2021), Christopher J. Coyne—Co-Editor of the journal—Nathan P. Goodman, and Abigail Deveraux make the compelling case that regulations designed to combat the pandemic have required new draconian and unconstitutional forms of the state’s police powers—surveillance, extraordinary fines, exclusion of citizens from government services, and the use of physical force against violators.

To make matters worse, the history of government control warns us that these increases in government power may well not be retracted after the pandemic—to the great detriment to economic and civil liberties, other and more severe health risks, and overall human well-being. 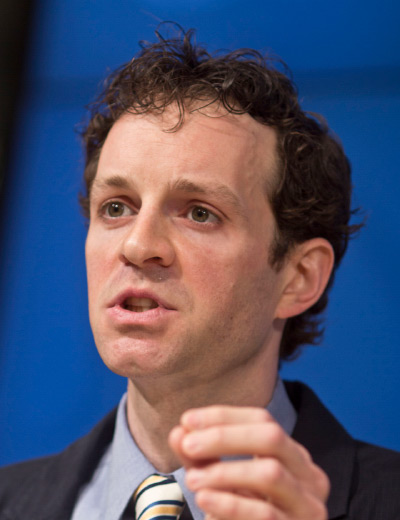 Christopher J. Coyne
Christopher J. Coyne is Senior Fellow at the Independent Institute and Co-Editor of The Independent Review: A Journal of Political Economy, the F.A. Harper Professor of Economics at George Mason University, North American Editor for the Review of Austrian Economics and Book Review Editor at Public Choice. He received his Ph.D. in economics from George Mason University, and has taught at the University of West Virginia. His books include Doing Bad by Doing Good: Why Humanitarian Action Fails; After War: The Political Economy of Exporting Democracy; Media, Development, and Institutional Change; Context Matters: Entrepreneurship and Institutions and The Handbook on the Political Economy of War.