David Theroux will remain a living presence through his many publications and media creations, through the ongoing dynamism of the Independent Institute, and through his beloved family. 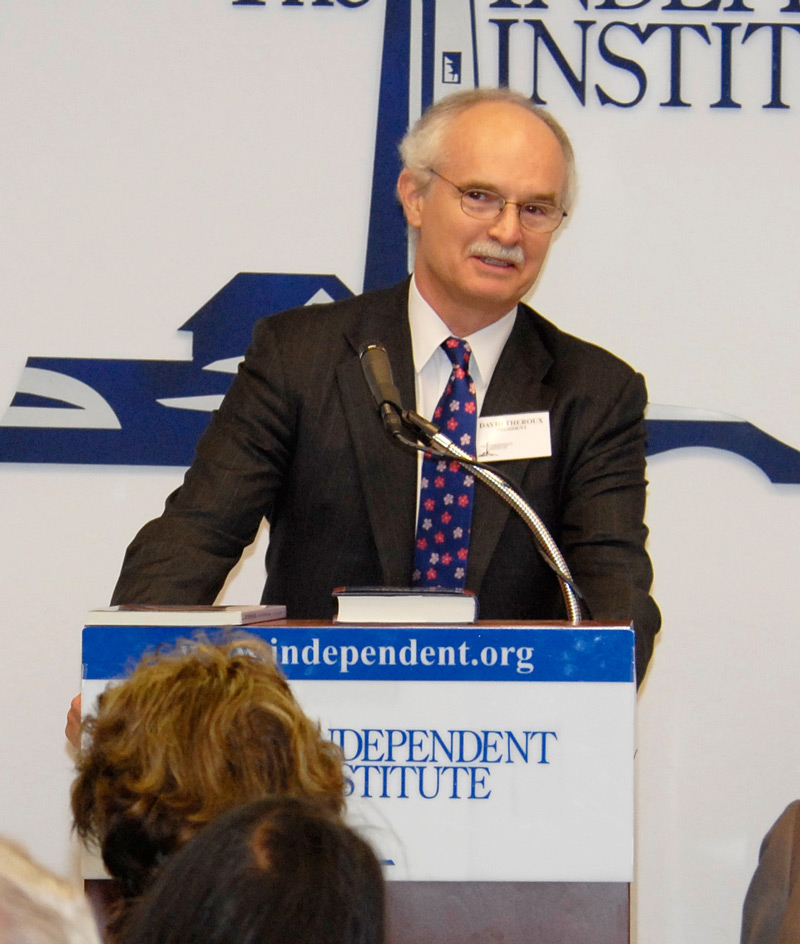 David launched the Independent Institute, an academic non-profit, public policy, research and educational organization, as the first “garage” think tank, in 1986. Starting Independent in his Oakland, California basement, David subsequently established Independent’s offices in San Francisco until the Loma Prieta earthquake precipitated its relocation back across the bay in Oakland.

With the launch of Independent, David was able to realize his dream of an organization adhering to the highest standards of independent scholarly inquiry in pursuing the creation of transformational ideas addressing the most pressing social and economic challenges of the day. He was the consummate entrepreneur, constantly identifying and leading the pursuit of opportunities for advancing the principles and application of liberty for greatest impact in the public square.

Prior to founding Independent, David earned three degrees from the University of California at Berkeley (two bachelor’s degrees and a master’s, in engineering and mathematics), followed by an M.B.A. from the University of Chicago, where he served both as Research Assistant for the economist Yale Brozen and Director of the Lecture Series on Economic Science. His education, combined with his philosophical inclinations, propelled him quickly into the rigorous address of public affairs. He became founding Vice President and Director of Academic Affairs for the Cato Institute (then in San Francisco, now in Washington, D.C.), following which he became the founding President of the Pacific Research Institute for Public Policy. 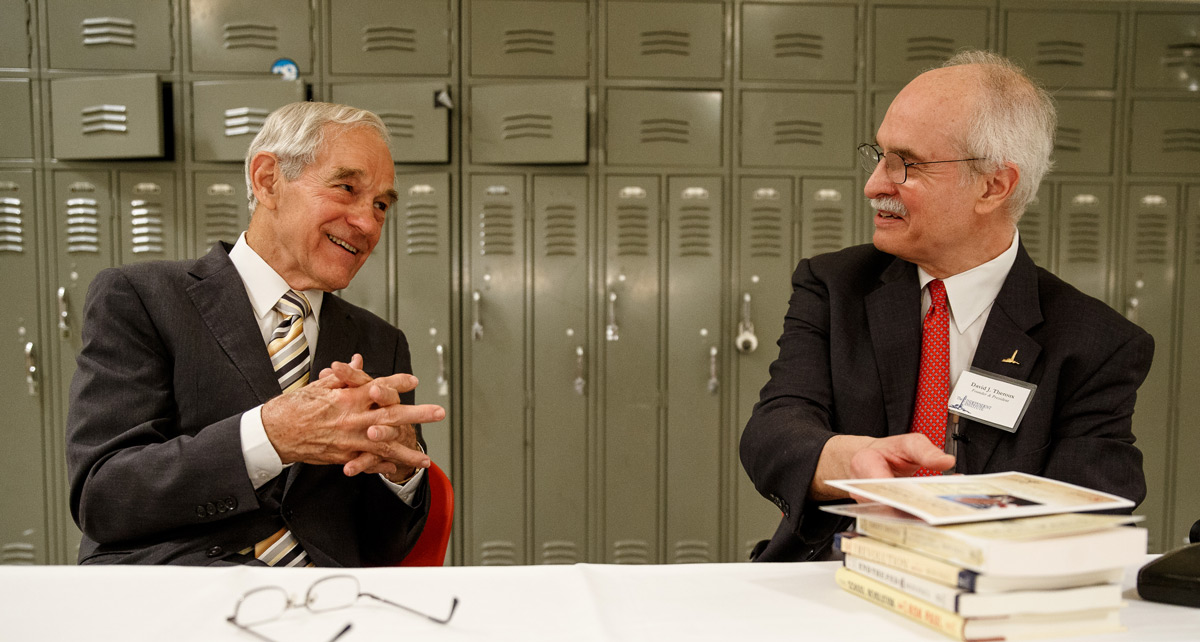 David authored dozens of scholarly and commentary articles. His scholarly work appeared in such publications as the Journal of Private Enterprise, Culture and Civilization, The Independent Review, and Society, as well as in many edited book volumes. His other articles and reviews reached an even larger audience, appearing in such outlets as USA Today, Los Angeles Times, Wall Street Journal, Christian Science Monitor, Investor's Business Daily, Washington Times, and more. He also appeared on local, national, and international TV and radio—including ABC, MSNBC, Fox Business Network, CNN, C-SPAN, NPR, Voice of America, and others.

David directed and published more than 140 scholarly books. He commissioned studies that addressed profound public issues and dug deep to the level of principle. David was never satisfied with mere laments; Independent’s authors were charged with outlining transformative solutions. Among the highlights of Independent’s extraordinary publications are Crisis and Leviathan: Critical Episodes in the Growth of American Government by Robert Higgs (1986, with a 25th anniversary edition in 2012); Antitrust and Monopoly, by Dominick Armentano (1990); Beyond Politics: The Roots of Government Failure, by Randy Simmons (updated edition 2011); Out of Work, by Lowell E. Gallaway and Richard Vedder(1997); Entrepreneurial Economics, by Alexander Tabarrok (2002); The Empire Has No Clothes, by Ivan Eland (2004); Making Poor Nations Rich, edited by Benjamin Powell (2007); The Enterprise of Law, by Bruce Benson (2011); Living Economics, by Peter J. Boettke (2012); Liberty in Peril, by Randall Holcombe (2019); and many more. 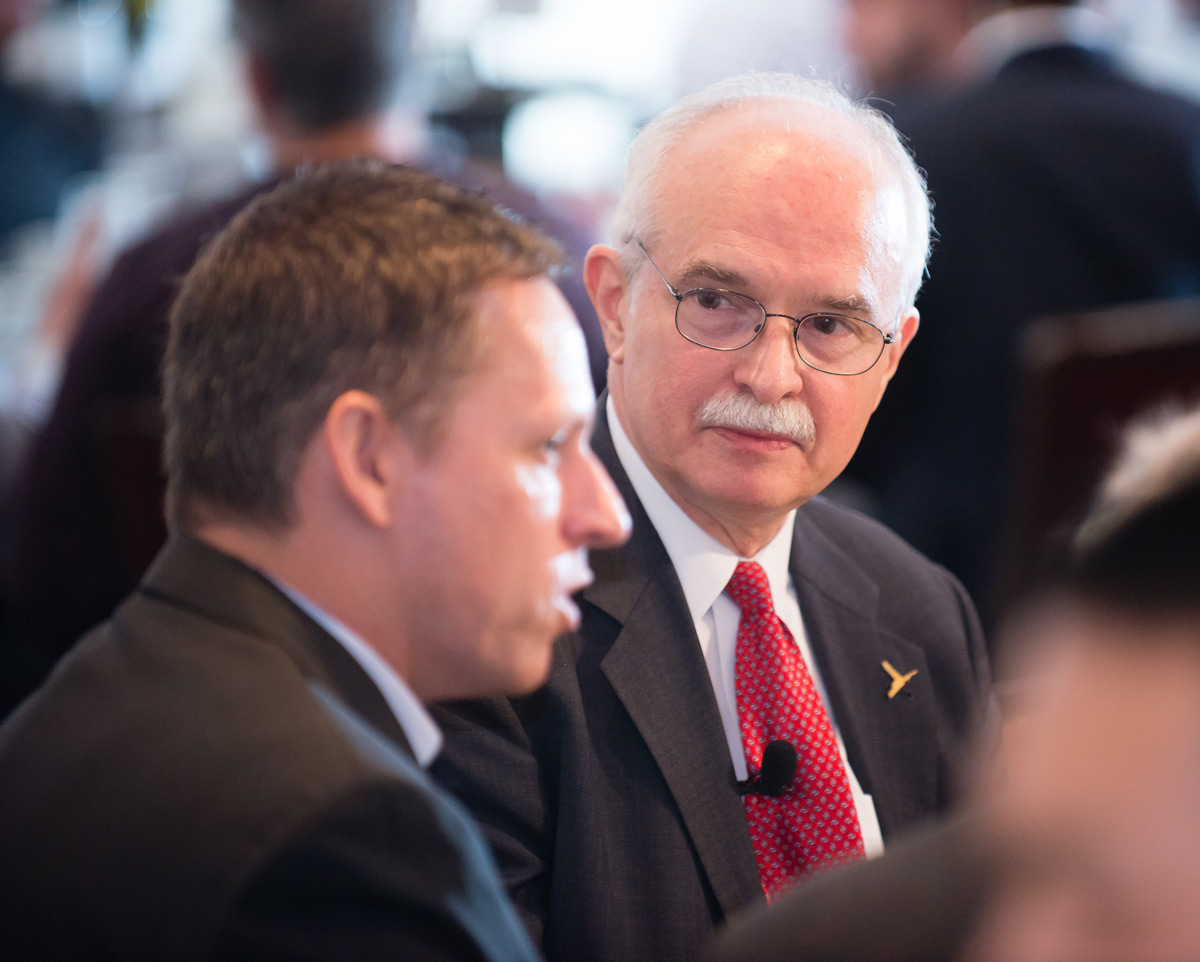 In 1996, David and Robert Higgs renewed their collaboration as Publisher and Founding Editor, respectively, of the new, and now influential quarterly journal The Independent Review: A Journal of Political Economy.

In the immediate aftermath of the terrorist attacks of 9/11, David led Independent in placing a stake in the ground for the sanctity of every human life, rejecting collective guilt, and asking hard questions regarding the attacks and America’s proper place in the world. He boldly issued a statement on Independent’s home webpage, declaring: “The Statue of Liberty is recognized worldwide with good reason as a symbol of liberty and justice for all. The peaceful spread of these ideals must be our best and most enduring export. And, we will win the hearts and minds of individuals the world over only if we adhere to these values—at home and abroad—with the fidelity that those values demand.”

He subsequently founded the C.S. Lewis Society of California in order to advance such values, which Lewis articulated exceptionally well, and whose work made deeply principled thinking in both political economy and moral precepts uniquely accessible.

In 2015, David’s relentless entrepreneurship led to Independent’s working with Emergent Order in the creation of a pathbreaking YouTube video series—Love Gov—reaching millions of mainstream Millennials thought by others to be “lost” to ascendent socialism by satirizing the folly, cost, and intrusiveness of Big Government. Season Two debuted in 2018, and to date the combined series have garnered more than 40 million combined views, and earned more than 40 film festival awards and laurels. David was at work on pre-production for Love Gov3 at the time of his passing. 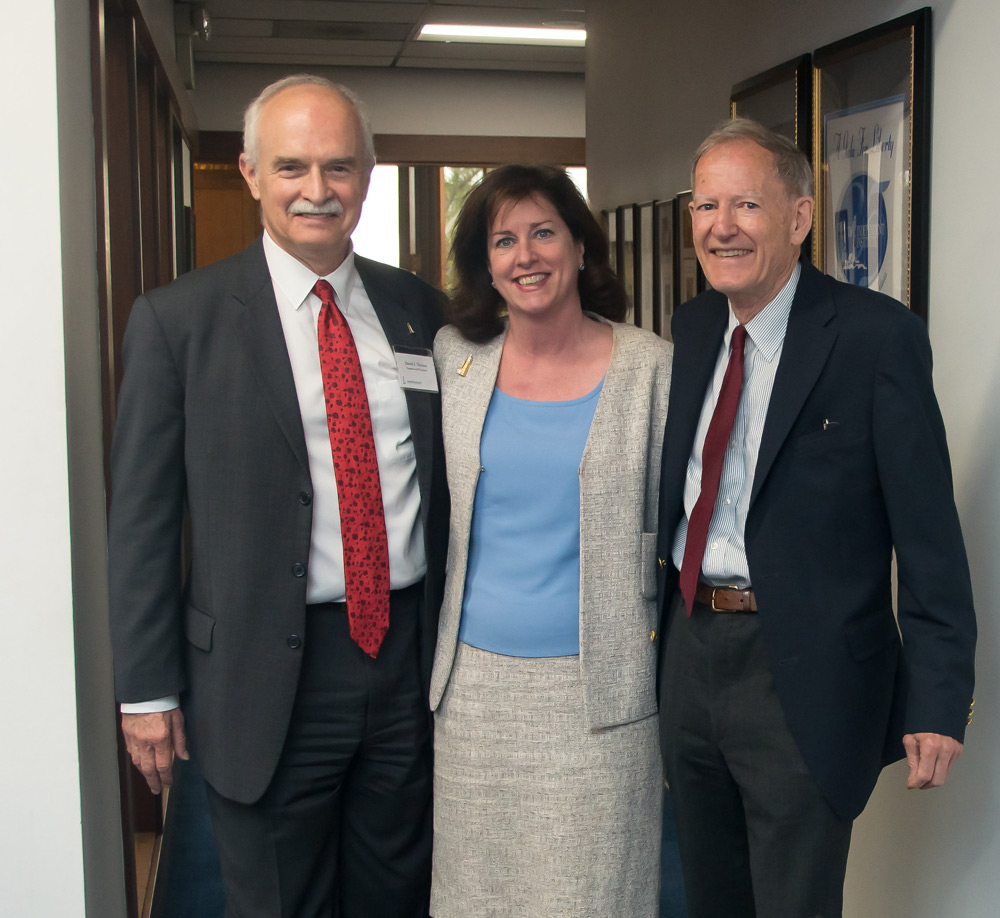 As one of his longtime academic colleagues commented this week, “David was an old-fashioned gentleman of the first order.” Another noted that David was characteristically eager to deflect credit away from himself and to others who joined him in his projects. Passionate though he was about his life’s work, David always put his family foremost, with his wife, sons, daughters-in-law, and grandchildren as his highest joy.

David’s life was cut short on the morning of April 23, 2022, by a previously undetected aortic aneurysm that ruptured. He passed peacefully with his wife and sons at his side.

David is survived by his wife Mary Theroux, who worked alongside him from Independent’s founding, his two sons Paul (Sherlice) and Drake (Lai) Theroux, and three—soon to be four—grandchildren.

A public memorial service is being planned for later this spring.

Graham Walker, who joined Independent as Executive Director several years ago as David’s close colleague, observed: “David Theroux leaves a legacy of helping others through his publications and philanthropy dedicated to education, freedom, peace and liberty. His passion for solving problems and improving lives will live on with all of those he inspired.”

Friends and well-wishers are invited to leave tributes in the comment field below, or via email.

1. C. S. Lewis on Mere Liberty and the Evils of Statism
2. Religion, Science, Freedom
3. Why C.S. Lewis Is as Influential as Ever
4. C.S. Lewis and Kurt Vonnegut on “Egalitarian” Tyranny
5. Property Rights vs. Environmental Ruin
6. Secular Theocracy: The Foundations and Folly of Modern Tyranny, Part 1
7. Ending Invasive Wars
8. Immunity Is Affront to the ‘Rule of Law’

View more of David’s many articles, blog posts, and other publications.